PHNOM PENH (FN), September, 5 – Senior General, Deputy Prime Minister, Minister of Defense, will lead a Cambodian delegation to attend a defense ministerial meeting on peace keeping within the United nations framework that will take place in London, UK, on September 8, 2016, said a press release of the Ministry of National Defense.

During the visit to UK, Gen. Tea Banh is also scheduled to have a discussion meeting with U.K. Minister of Defense, according to the press release.
=FRESH NEWS 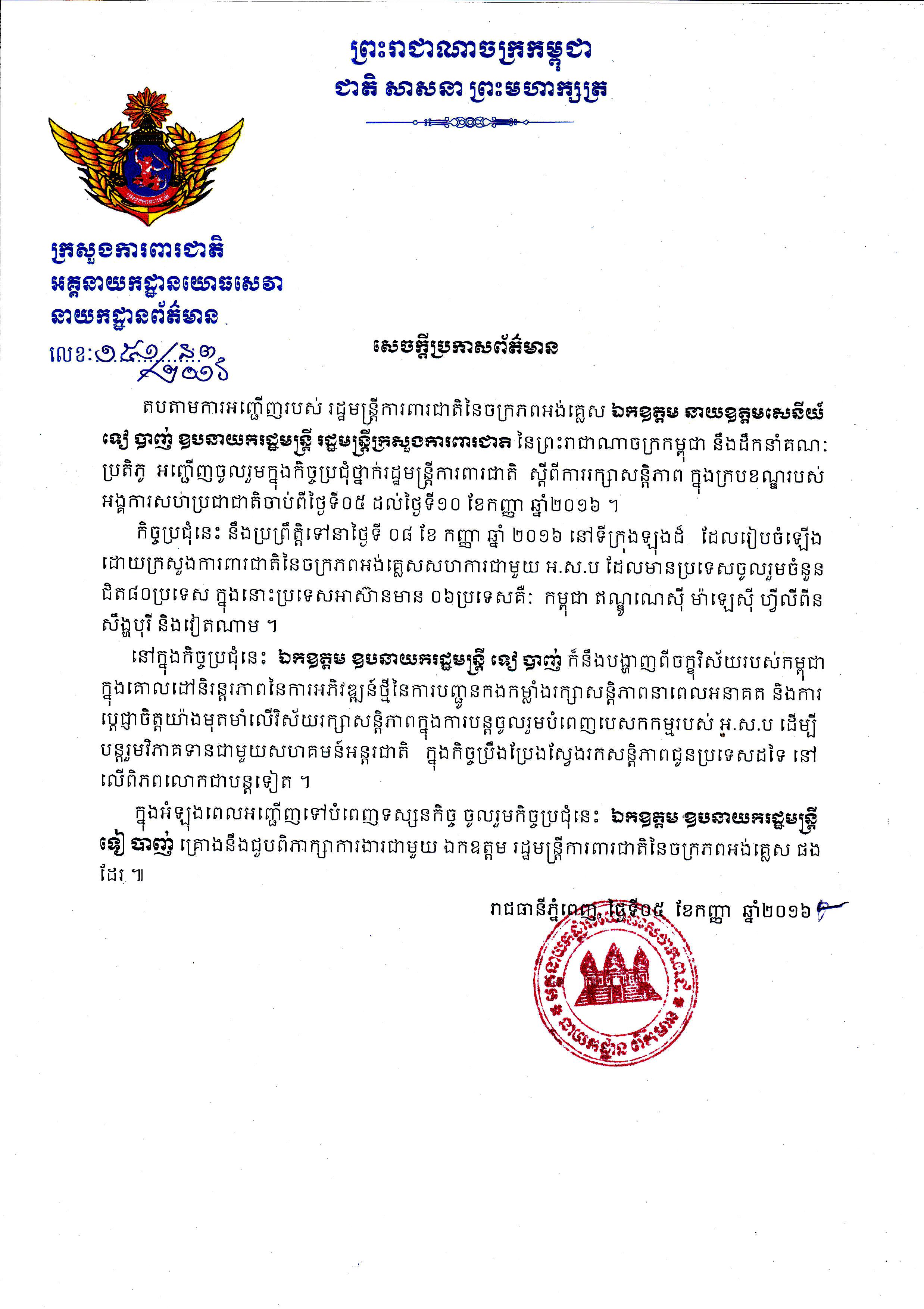