ASEAN senior officials gather ahead of regional summits in Laos

VIENTIANE, Sept. 5 (Xinhua) — Senior Officials from across South-East Asia met in the Lao capital Vientiane Monday ahead of the arrival of regional and world leaders for the Association of Southeast Asian Nation's (ASEAN) 28th and 29th Summits, East Asia Summit and related meetings from Tuesday to Thursday.

The agenda of Monday's Senior Officials Preparatory Meeting (Prep-SOM) included discussion of final arrangements and draft documents ahead of the start of regional summits that involve participation of leaders of the 10-member bloc as well as those of dialogue partners.

Meanwhile, ministers of foreign affairs as well as commerce, trade and economic matters from South-East Asia are also meeting in the capital for related meetings including the ASEAN Business and Investment Summit 2016 being held from Monday to Wednesday due to be opened by Lao Prime Minister Thongloun Sisoulith Monday afternoon.

The meetings come as heads of state and government from the 10- member bloc are set to arrive in Vientiane Tuesday morning ahead of the commencement of the 28th ASEAN Summit Tuesday Afternoon.

The ASEAN summits and related meetings are also seen as notable for the participation of U.S. President Barack Obama, marking the first visit of a U.S. leader to Laos. 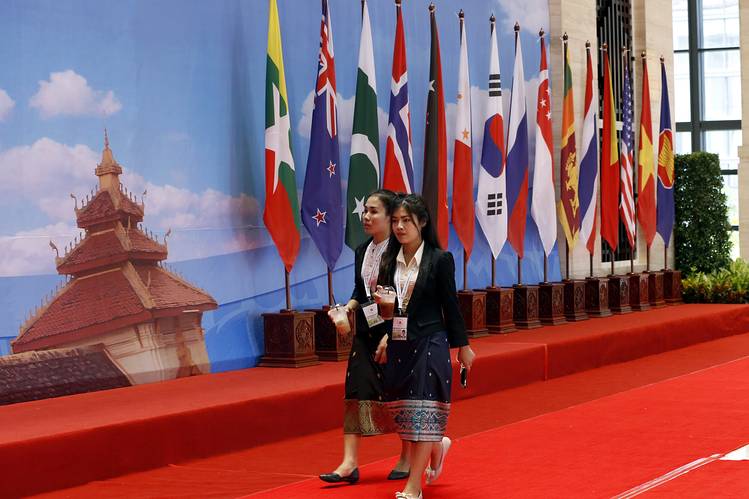