WASHINGTON, Sept. 13 (Xinhua) — Democratic presidential nominee Hillary Clinton, who has been staying at home since swooning at a 9/11 memorial ceremony due to pneumonia, will return to campaign trail on Thursday, her Campaign twittered Tuesday.

The former secretary of state is set to speak at the Congressional Hispanic Caucus Institute gala in Washington D.C. on Thursday and due in several battleground states next week, said her campaign, which has promised to release Clinton's medical records later this week.

Donald Trump, her Republican rival, also promised to offer up more information about his health later this week, following quarrels between the two campaigns over which candidate is more secret about their health and wealth.

A damaging video of Clinton's faint at Ground Zero on Sunday, has turned the issue of health transparency onto the central stage in their White House bids.

Clinton was diagnosed pneumonia two days before she fainted on Sunday but her campaign had kept it quiet until the video was put online.

However, earlier on Tuesday, Senate Minority Leader Harry Reid blasted the media for having blown Clinton's pneumonia out of proportion.

"You've all been unfair to Hillary ... Look at Donald Trump at his medical records, which are nonexistent," he told reporters at a news conference.

Also on Tuesday, Democratic vice presidential nominee Tim Kaine suggested that Clinton's decision to keep campaigning despite suffering from pneumonia was influenced by the historic nature of her bid to become the country's first woman president.

The United States is "uniquely bad at electing women to office," the Virginia senator told a crowd at the University of Michigan, citing it a factor affecting her race against the New York billionaire.

Only 19 percent of the U.S. Congress is female, though it is the highest percentage in the country's history, Kaine noted.

The September race is observed unexpectedly rough for Clinton as her wounds were rubbed salt into continuously, including a gaffe about Republican "deplorables." A series of national poll results show that her lead over Trump has been narrowed since Labor Day. 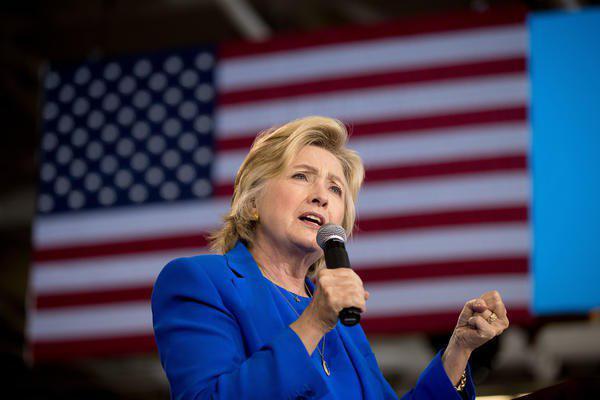