PHNOM PENH, Sept. 14 (FN) — The Cambodian Army announced in a statement on Wednesday that it is ready to crack down on planned "mass demonstrations" by the main opposition Cambodia National Rescue Party (CNRP).

"We, the leaders of the Cambodian Army of the Royal Cambodian Armed Forces, solemnly declare that we fully support Cambodian Prime Minister Samdech Techo Hun Sen's remarks on Sept. 13 that warned the CNRP for planning mass protests," said the statement.

It added that the Cambodian army would, at any cost, prevent all illegal activities that cause social insecurity and affect public order and people's happiness.

"The Cambodian Army has already prepared forces to carry out the orders of the Ministry of Defense and the Royal Cambodian Armed Forces," the statement said.

The statement came after Hun Sen warned that he would "absolutely not" allow any opposition demonstrations, saying that their planned mass protests would have adverse impacts on national security and social order.

The opposition CNRP announced Monday that it would hold mass protests against the conviction last week of CNRP's vice president Kem Sokha in a prostitution case. It did not say the exact date of their planned mass protests.

The Phnom Penh Municipal Court on Sept. 9 sentenced, in absentia, Sokha to five months in prison for "refusal to appear" in court over a prostitution case involving his alleged mistress. 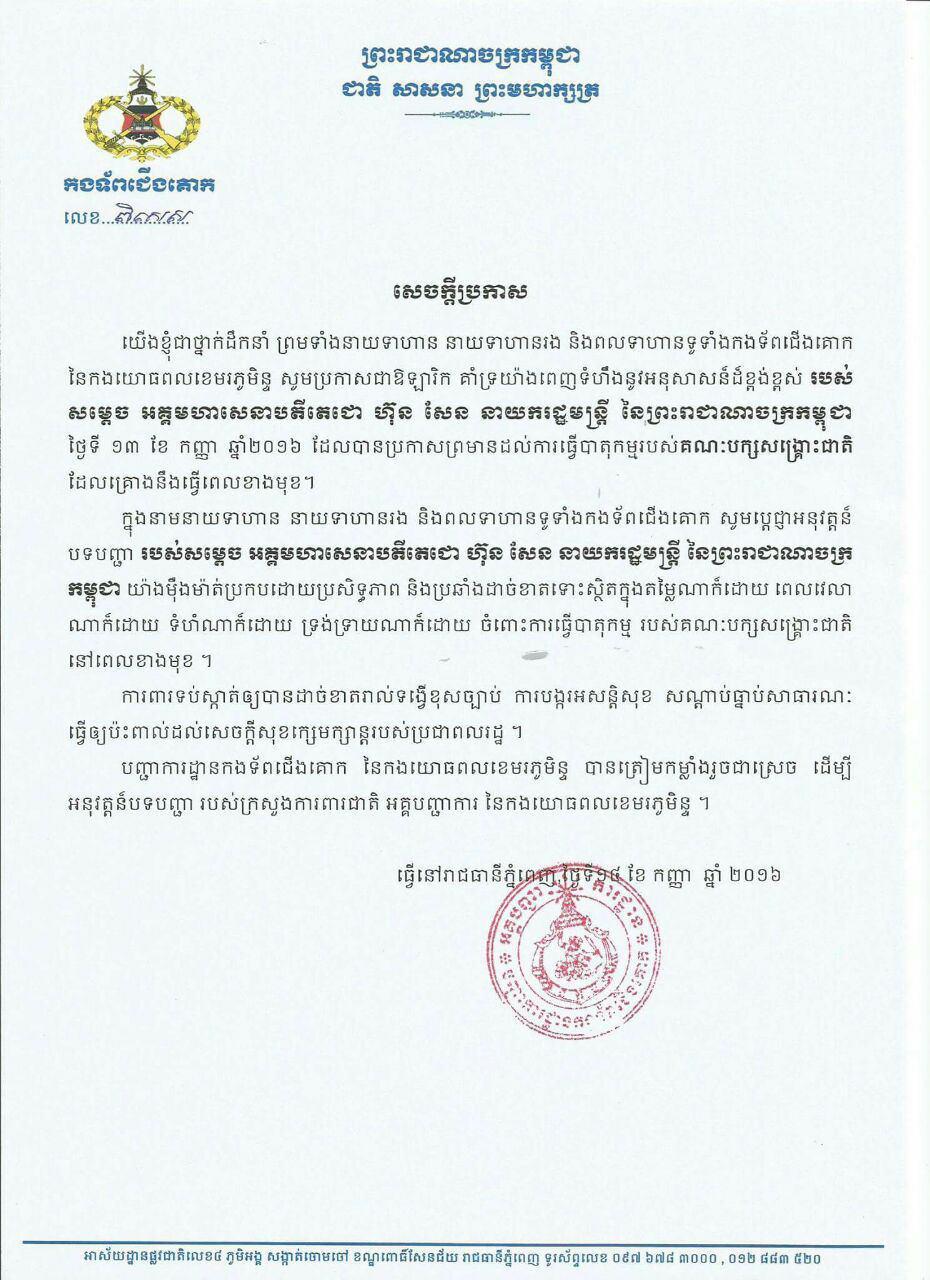