WASHINGTON, Sept. 14 (Xinhua) — The United States and Israel on Wednesday signed an unprecedented new military aid deal that will give the Israeli military 38 billion U.S. dollars from fiscal year 2019 to 2028.

The new deal, known as a Memorandum of Understanding, will succeed the current 30 billion U.S. dollars deal signed in 2007, which expires at the end of fiscal year 2018.

The new deal is "just the most recent reflection of my steadfast commitment to the security of the State of Israel," Obama said in a statement on Wednesday.

"This commitment to Israel' s security has been unwavering and is based on a genuine and abiding concern for the welfare of the Israeli people and the future of the State of Israel," Obama added.

The U.S. President also called for more efforts to advance a two-state solution to the longstanding Israeli-Palestinian conflict, despite the "deeply troubling trends on the ground that undermine this goal."

"The only way for Israel to endure and thrive as a Jewish and democratic state is through the realization of an independent and viable Palestine," he said.

On Wednesday, Israeli Prime Minister Benjamin Netanyahu hailed the U.S. aid package to his country as a "historic deal."

"This agreement will ensure an unprecedented security assistance to Israel over the next decade," Netanyahu said in a Hebrew video address about an hour before the signing ceremony in Washington.

The new deal came after months of negotiations between the United States and Israel, which have been at odds over the Iran nuclear deal. 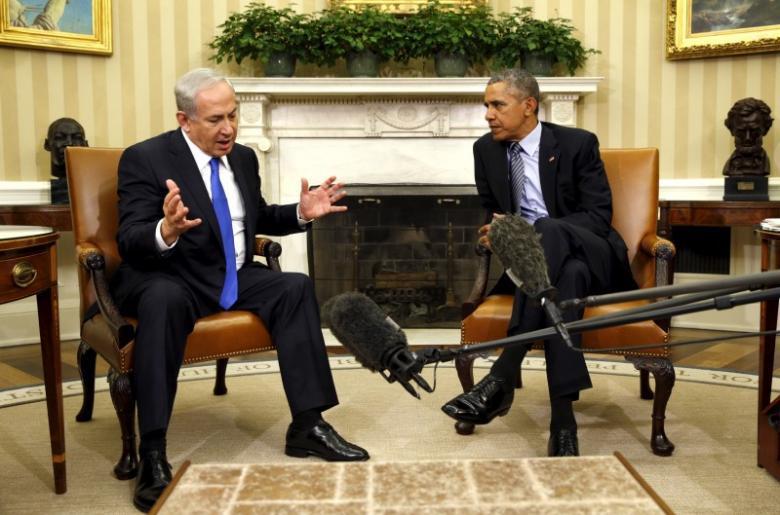