LONDON, Sept. 15 (Xinhua) — Local media said on Thursday that the UK government had confirmed the Hinkley Point C nuclear power plant will go ahead following a "new agreement" with the French company EDF.

The new plant at Hinkley Point in Somerset is being financed by the French and the Chinese. In exchange, China wanted to use its design for new UK nuclear stations.

However, the government said it would now "impose a new legal framework for future foreign investment in Britain's critical infrastructure".

Critics of the deal have warned of escalating costs and the implications of nuclear power plants being built in the UK by foreign governments. France's EDF is funding two-thirds of the project, with China investing the remaining £6bn.

The Chinese agreed to take a stake in Hinkley and at Sizewell in Suffolk on the understanding that the UK government would approve a Chinese-led and designed project at Bradwell in Essex, which has raised questions over national security.

In a statement, the government said: "After Hinkley, the British Government will take a special share in all future nuclear new build projects. This will ensure that significant stakes cannot be sold without the Government's knowledge or consent." 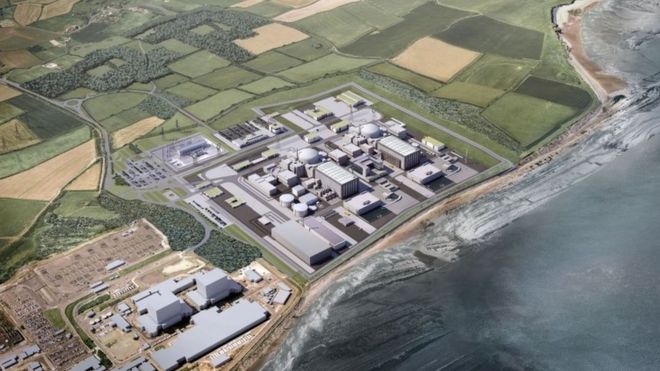