HANOI, Sept. 16 (Xinhua) — Heavy rainfall over the past few days have left eight dead and nine missing in central Vietnam, said the Department of Natural Disaster Prevention and Control (DNDPC) on Friday.

According to a report posted on the department's website, among the death toll, two were reported in central Thanh Hoa, four in central Nghe An, and two in central Quang Binh provinces, registering three deaths higher than Thursday's update.

As many as 27 people were injured during the tropical storm Rai,  which made landfall in Vietnam on early Tuesday morning, causing downpours in the country's central region.

The flood triggered by the storm also collapsed and washed away 85 houses, uproofed 1,235 while drowning 1,946 others, said the report.

At the same time, 161 cattle, 11,451 poultries were killed and 1,629 hectares of aquaculture were damaged during the fourth storm hitting Vietnam so far this year.

In a related move, Vietnamese Prime Minister Nguyen Xuan Phuc sent an urgent document on overcoming consequences of the storm.

Phuc urged local authorities to search for the missing, support bereavement for the dead and provide medical treatment for those injured.

Also, he requested to evacuate citizens to safe places if there is risk of landslide and flash flood. 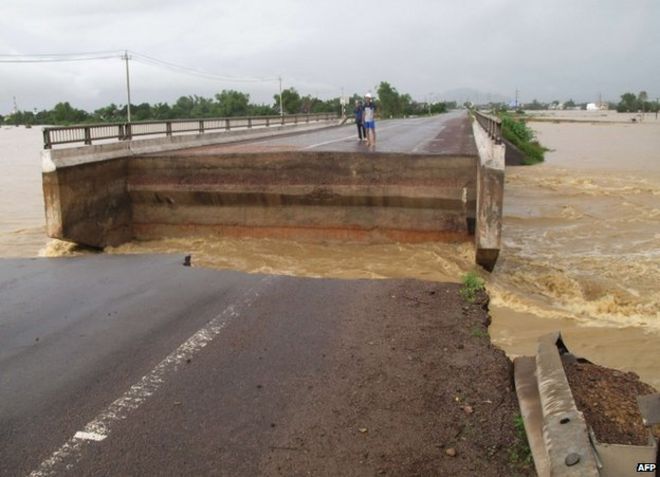