No political crisis in Cambodia: PM

PHNOM PENH, Sept. 19 (FN) — Cambodian Prime Minister Samdech Techo Hun Sen said Monday that the country has no political crisis and called on foreign countries not to interfere in the country's internal affairs.

"I'd like to assert that Cambodia has no political crisis... please do not construe private issue as political issue," he said in a speech during the graduation ceremony at the Panha Chiet University, referring to Kem Sokha, vice president of the main opposition Cambodia National Rescue Party (CNRP), who was sentenced earlier this month to five months in prison in a prostitution case.

The prime minister renewed his warning against the CNRP for planning mass protests against the conviction on Sept. 9 of Kem Sokha.

"(We) cannot allow anyone to destroy peace, political stability and social order," he said. "Foreigners must not interfere in Cambodia's internal affairs."

Meanwhile, Hun Sen rejected the CNRP's call for talks over the issue, saying that the government has no rights to meddle in the court's decision.

"You violate the law, go to jail by yourself, that's all," he said.

The Phnom Penh Municipal Court sentenced, in absentia, Sokha to five months in prison for "refusal to appear" in court over a prostitution case involving his alleged mistress.

CNRP's president Sam Rainsy has been living in self-imposed exile in France since November last year to avoid a two-year prison sentence over a defamation conviction. 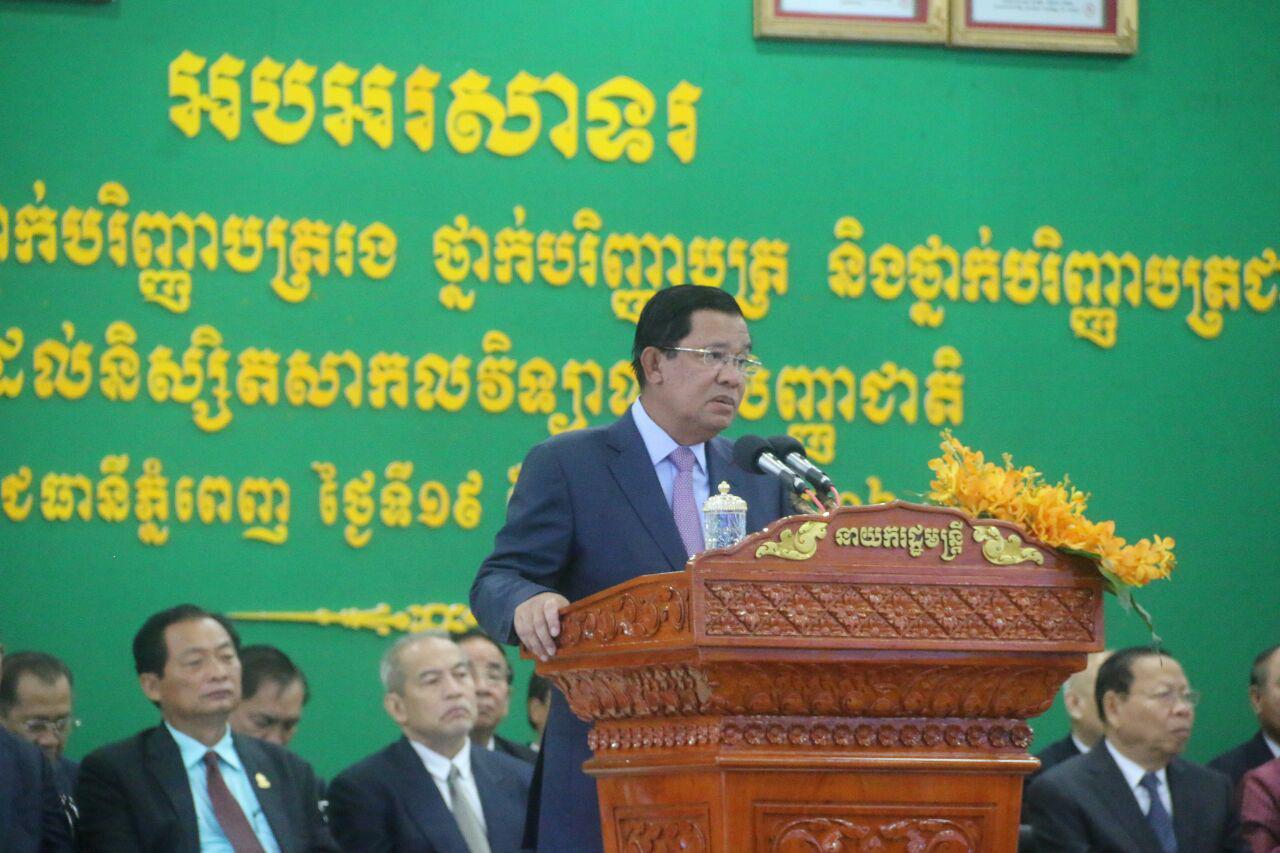