SEOUL, Sept. 21 (Xinhua) — South Korean parliament on Wednesday passed a resolution to denounce the Democratic People's Republic of Korea (DPRK) over its latest nuclear test, urging the DPRK to abandon its nuclear program.

From the 300-member National Assembly, 203 lawmakers participated in the vote, with 200 voting in favor and three in abstention.

The resolution said the DPRK's reckless provocations will only lead the country to face isolation and pressure from the international community, urging Pyongyang to recognize that it cannot survive with nuclear development and to take immediate and effective measures for the full abandonment of its nuclear development plan.

The passage of the resolution followed the DPRK's announcement on Sept. 9 that it successfully conducted an explosion test of nuclear warhead that can be mounted on ballistic rockets.

Pyongyang had conducted a series of ballistic missile launches since top leader Kim Jong Un gave an order on March 15 to test a nuclear warhead and ballistic rockets capable of carrying the warhead "in a short time."

On Aug. 24, a ballistic missile was launched from a DPRK submarine off its east coast, traveling 500 kilometers, the longest-ever distance by the DPRK.

South Korean lawmakers urged the military to establish a defense system to respond to the DPRK's nuclear test and submarine-launched ballistic missile.

They also urged the government to make diplomatic efforts at encouraging the DPRK to return to a dialogue table for denuclearization that can lead to peace on the Korean peninsula and in Northeast Asia. 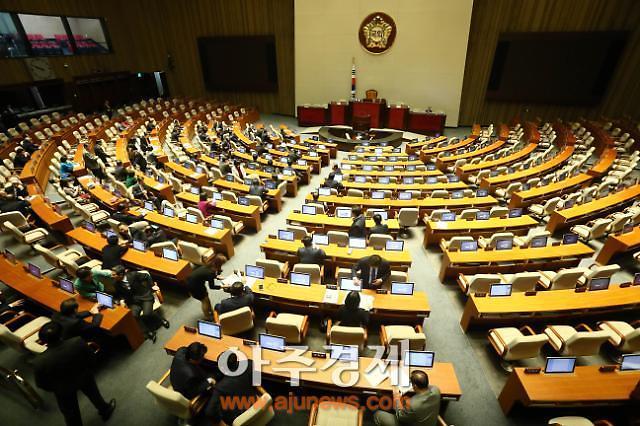