"We would like to extend it for another five years. But even if it is lifted, nothing serious will happen," Tkachev said in an interview with the state television channel Rossiya 24, referring to the food embargo which is supposed to be lifted in late 2017.

Lifting of the embargo at the end of 2017 will not have a negative impact on Russia's agricultural market as its products are competitive with big support from the state, Tkachev said.

The average profitability of an agricultural company is about 20 percent with state support, and 10 percent without it, he said.

On Aug. 6, 2014, Russia imposed a one-year embargo on food products from the European Union (EU) countries and others, in response to sanctions imposed against the country over its involvement in Ukraine.

Russia imposed restrictions on Ukraine on Jan. 1, 2016 after the latter established a free trade zone with the EU.

Russia has repeatedly extended the food embargo. On June 29, 2014, Russian President Vladimir Putin signed a decree extending the embargo to the end of 2017. 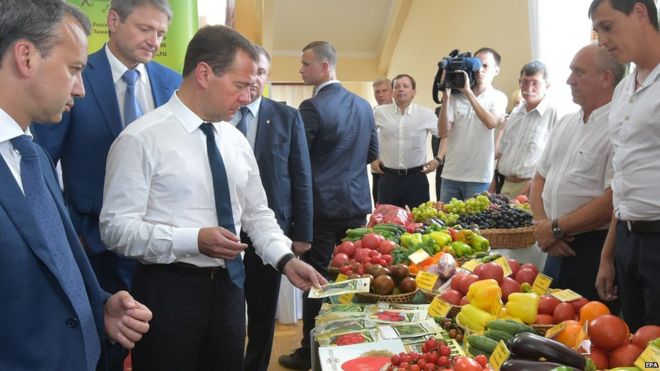