"Globally economic situation is not good and is having impacts on our rice and agricultural produce market, however, it is not difficult for us to achieve a 7-percent economic growth this year, " he said in a speech during the graduation ceremony of 6,251 students from the Cambodian University for Specialties.

Prices of paddy rice have dropped to around 193 U.S. dollars per ton from around 250 U.S. dollars in mid-August. The government has said the steep decline in rice prices has severely affected farmers.

In an attempt to protect farmers, Hun Sen on Sept. 16 approved a 27-million-U.S.-dollars special loan package to lend to millers so that they can buy paddy rice from farmers at a reasonable prices, about 235 U.S. dollars per ton.

On the construction side, the country received a total investment of 7.2 billion U.S. dollars in construction projects in the first eight months of 2016, up 404 percent over the same period last year. 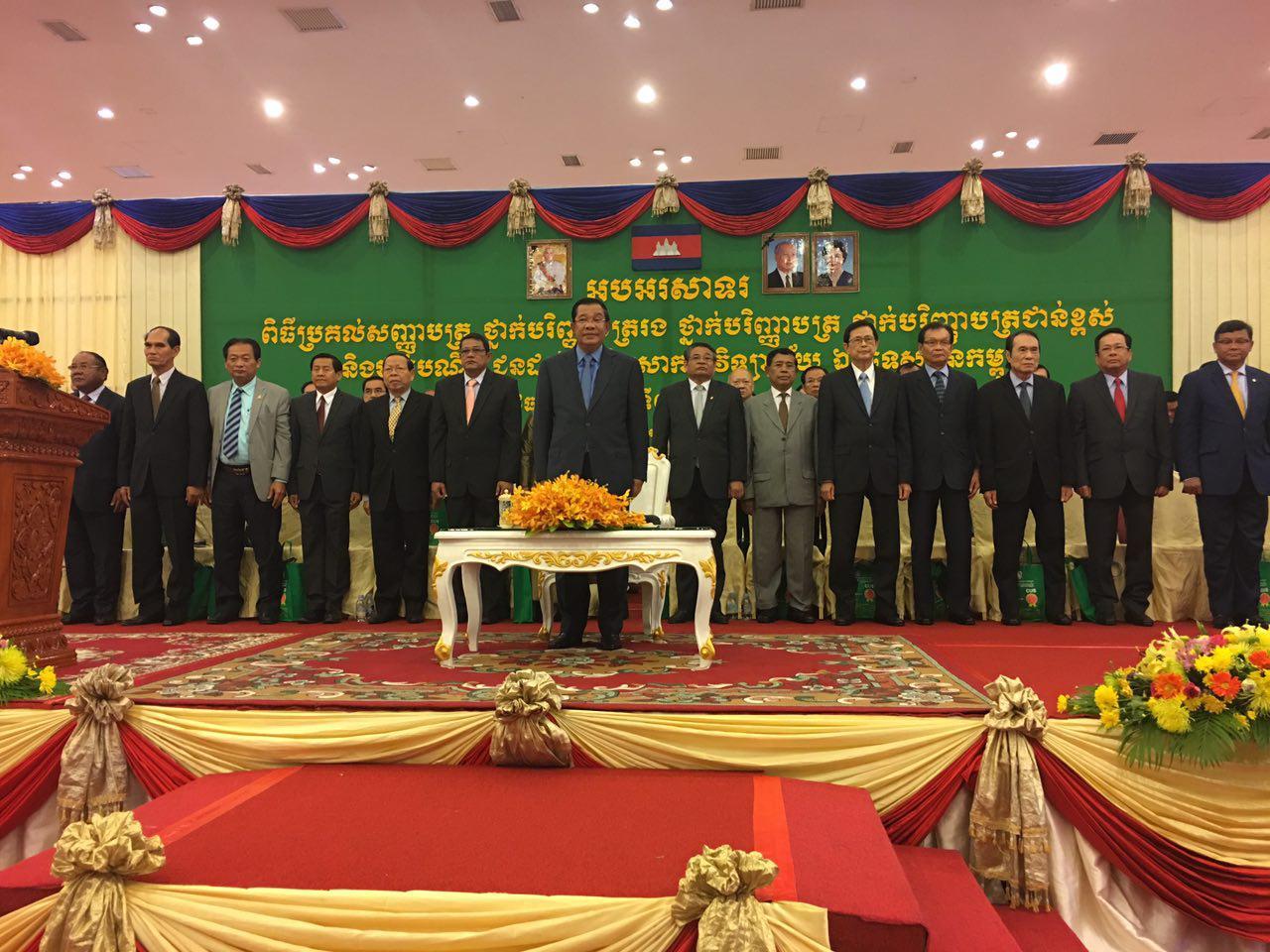