KYIV, Sept 21 (Reuters) - Moscow-installed leaders in occupied areas of four Ukrainian regions plan to hold referendums on joining Russia in coming days, a challenge to the West that could sharply escalate the war and which drew condemnation from Ukraine and its allies.

In the apparently coordinated move, pro-Russian figures announced referendums for Sept. 23-27 in Luhansk, Donetsk, Kherson and Zaporizhzhia provinces, representing around 15% of Ukrainian territory, or an area about the size of Hungary.

"The Russians can do whatever they want. It will not change anything," Ukraine's Foreign Minister Dmytro Kuleba said on Tuesday in response to reporters' questions at the United Nations.

In a tweet, he added: "Ukraine has every right to liberate its territories and will keep liberating them whatever Russia has to say."

Some pro-Kremlin figures framed the referendums as an ultimatum to the West to accept Russian territorial gains or face an all-out war with a nuclear-armed foe.

"Encroachment onto Russian territory is a crime which allows you to use all the forces of self–defence," Dmitry Medvedev, a former Russian president and now hawkish deputy chairman of President Vladimir Putin's Security Council, said on social media. 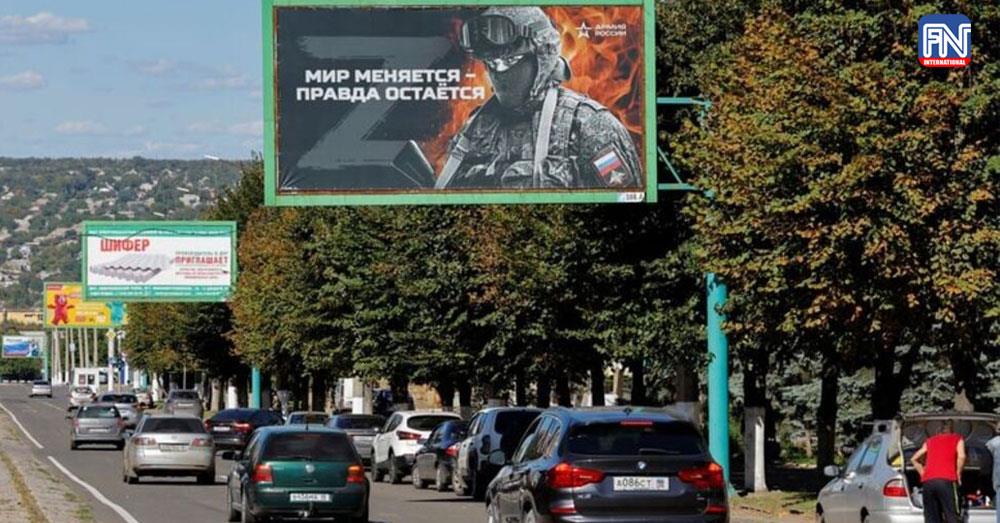