NEW YORK, Sep 21 (AFP) - British Prime Minister Liz Truss vowed on Wednesday (Sep 21) before the United Nations to keep up military aid to war-ravaged Ukraine until it triumphs against Russia.

Truss became the latest Western leader at the UN General Assembly in New York to rail against Russian President Vladimir Putin, who mobilised reservists hours earlier in a clear sign he is in no rush to end the conflict.

Putin's move only highlights the "catastrophic failure" of Russia's invasion of its neighbor, and reinforced the resolve of Western allies to back Kyiv, she said.

"We will not rest until Ukraine prevails," Truss told the UN General Assembly on her first trip since taking office, noting that "new UK weapons are arriving in Ukraine as I speak".

"At this crucial moment in the conflict, I pledge that we will sustain or increase our military support to Ukraine for as long as it takes."

The Conservative leader also said that the United Kingdom was committed to spending 3 per cent of its GDP on defense by 2030, considerably higher than the 2 per cent commitment to defense spending by NATO members.

Her comments came amid growing resentment in some quarters of the developing world over the West's massive spending on weapons for Ukraine.

Truss also called for economic unity as a powerful tool against aggression.

"The G7 and our like-minded partners should act as an economic NATO, collectively defending our prosperity," she said in her address.

"If the economy of a partner is being targeted by an aggressive regime, we should act to support them - all for one, and one for all."

Western powers such as Germany have increasingly sought to decrease their dependence on oil and gas from Russia, seen as key leverage for Putin. 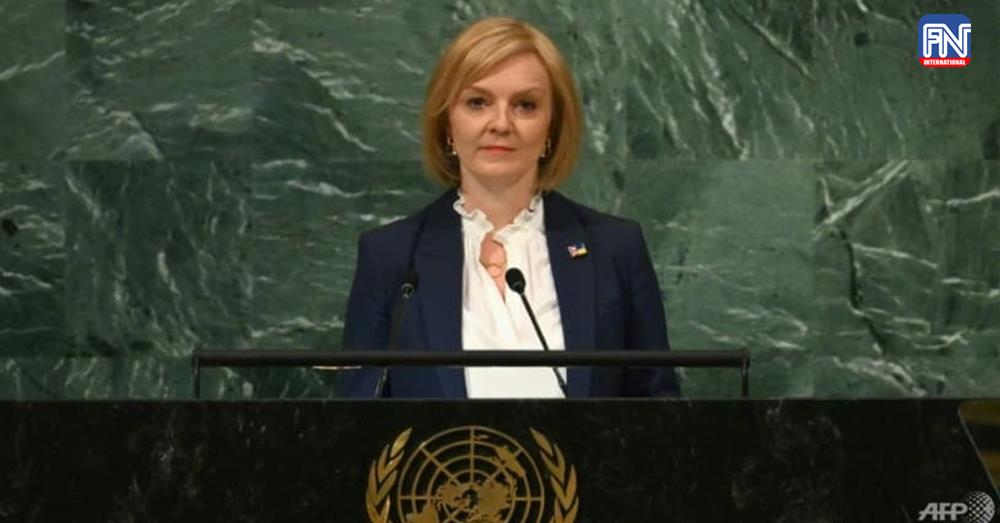