KYIV, Sept 23 (Reuters) - Four areas of Ukraine controlled by Russia and pro-Moscow forces were preparing to hold referendums on Friday on joining Russia, a move widely condemned by the West as illegitimate and a precursor to illegal annexation.

Russian-installed leaders on Tuesday announced plans for the votes, a challenge to the West that could sharply escalate the war. The results are seen as a foregone conclusion in favour of annexation, and Ukraine and its allies have already made clear they will not recognise the results.

Voting in the Luhansk, Donetsk, Kherson and Zaporizhzhia provinces, representing around 15% of Ukrainian territory, is due to run from Friday to Tuesday.

Kyiv this month launched a counteroffensive that has recaptured large swathes of territory, seven months after Russia invaded Ukraine and launched a war that has killed thousands, displaced millions and damaged the global economy.

The referendums had been discussed for months by pro-Moscow authorities, but Ukraine's recent victories prompted a scramble by officials to schedule them.

With Russian President Vladimir Putin also announcing this week a military draft to enlist 300,000 troops to fight in Ukraine, Moscow appears to be trying to regain the upper hand in the conflict.

Russia argues that it is an opportunity for people in the region to express their view.

"From the very start of the operation ... we said that the peoples of the respective territories should decide their fate, and the whole current situation confirms that they want to be masters of their fate," Russian Foreign Minister Sergei Lavrov said earlier this week.

Ukraine says Russia intends to frame the referendum results as a sign of popular support, and then use them as a pretext for annexation, similar to its takeover of Crimea in 2014, which the international community has not recognised. 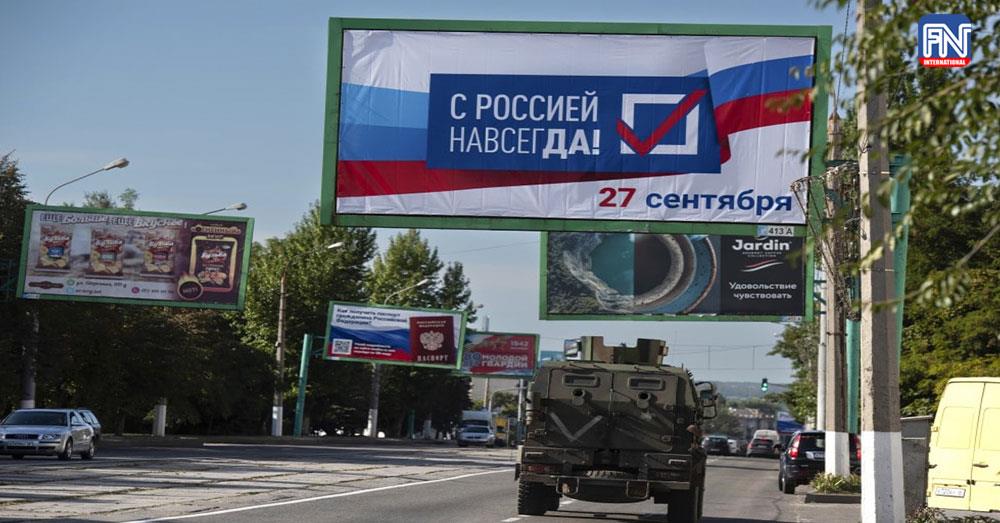