The maritime drills will take place in waters off South Korea's east coast on Oct. 7-8, South Korea's Joint Chiefs of Staff said. The drills come after North Korea launched a pair of ballistic missiles into the sea on Thursday, and later flew warplanes near the border with the South.

"We will continue to strengthen our operational capabilities and readiness to respond to any provocations by North Korea through joint drills with ... the USS Ronald Reagan Carrier Strike Group," South Korea's Joint Chiefs of Staff said.

The U.S. strike group already participated in trilateral missile defense exercises with warships from Japan and South Korea this week, prompted by a test on Tuesday in which North Korea launched a ballistic missile that overflew part of Japan.

Senior defense officials from Japan, South Korea and the United States discussed the latest developments in a call on Friday, condemning the North Korean launches and agreeing that recent trilateral maritime drills have improved their ability to respond to North Korea, South Korea's ministry of defense said in a statement.

The rare bombing drill by at least eight North Korean fighter jets and four bombers on Thursday prompted the South to deploy 30 fighters. The warplanes swarmed each side of the heavily fortified border amid rising tensions over a string of missile tests by Pyongyang.

On Thursday North Korea condemned the United States for repositioning the aircraft carrier near the peninsula, saying it posed a serious threat to the stability of the situation.

In the statement, the North Korean foreign ministry also criticised Washington for calling a United Nations Security Council meeting over the launches, saying they were a "just countermeasure" to the joint U.S.-South Korea drills. 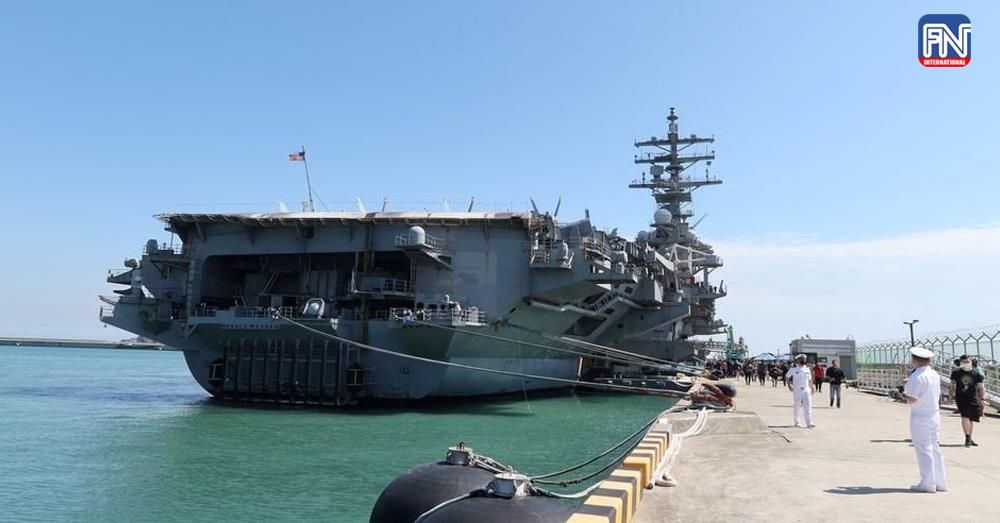