SEOUL, Nov 2 (AFP) - South Korea's Prime Minister Han Duck-soo said on Wednesday (Nov 2) police will have to explain how they responded after receiving multiple emergency calls hours and minutes before a Halloween party crush killed more than 150 people in Seoul.

The crush on Saturday night killed 156 and injured 151, leaving 29 in serious condition. At least 26 citizens from 14 countries were among the dead.

Tens of thousands of young revellers had crowded into narrow streets and alleyways of the popular Itaewon district for the first Halloween festivities in three years virtually free of COVID-19 restrictions.

"The police must conduct thorough inspections and provide a clear and transparent explanation to the public," Han said at the televised beginning of a task force meeting on the disaster.

A transcripts of emergency calls released by the police on Tuesday showed the first warning of a possible deadly crush roughly four hours before the disaster.

Police received 10 other similar calls before the chaos was known to have turned fatal, according to the transcripts. 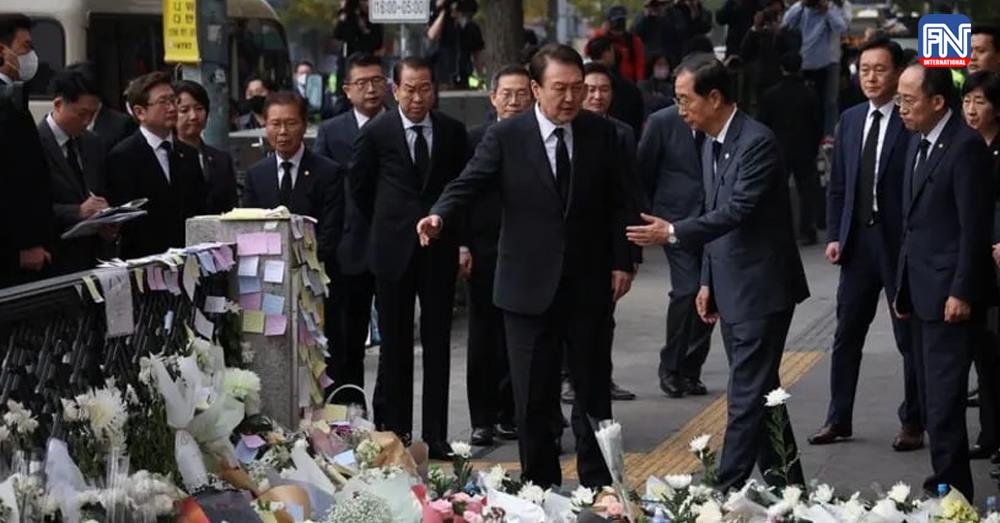