One short range ballistic missile crossed the Northern Limit Line, the de facto maritime border between the two countries, prompting a rare warning for residents on the island of Ulleungdo to seek shelter in bunkers.

The military said it was the "first time since the peninsula was divided" at the end of the of Korean War hostilities in 1953 that a North Korean missile had landed so close to the South's territorial waters.

"(Yoon) pointed out today that North Korea's provocation is an effective territorial invasion by a missile that crossed the Northern Limit Line for the first time since the division," his office said in a statement.

The missile that was closest to South Korea landed in waters just 57 kilometers (35 miles) east of the South Korean mainland, the military said.

The military released a statement describing the missile launch near South Korean territorial waters as "very rare and intolerable".

"Our military vowed to respond firmly to this (provocation)," it added.

An air raid warning was issued for Ulleungdo that was flashed on national television and told residents to "evacuate to the nearest underground shelter".

But it later announced North Korea had fired "at least 10 missiles of various types today towards the east and west".

Yoon Suk-yeol called a meeting of the National Security Council over the launches, ordering "swift and stern measures so that North Korea's provocations pay a clear price." 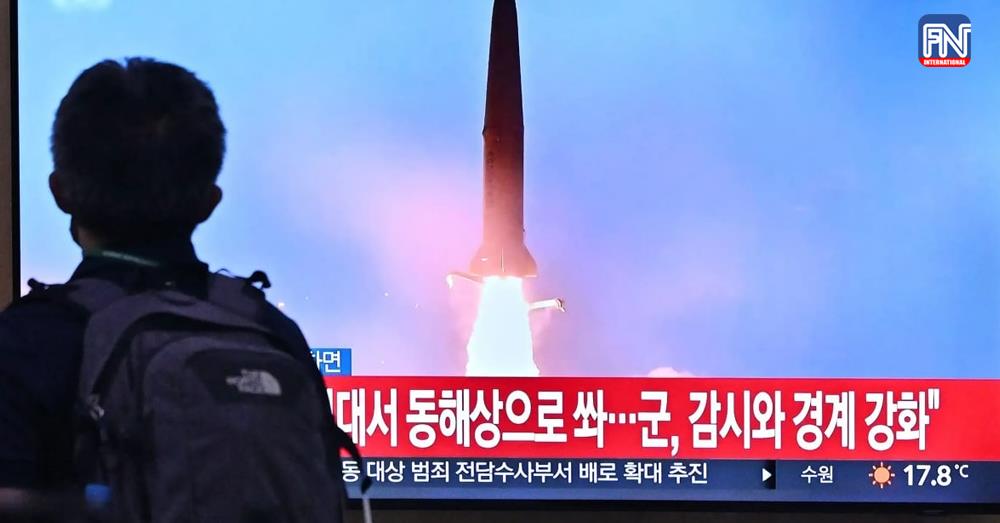