KYIV/MYKOLAIV, Nov 2 (AFP) - A long-term defence is needed for Ukraine's grain export corridor and the world must respond firmly to any Russian attempts to disrupt it, President Volodymyr Zelenskiy said, as more ships were loading despite Moscow suspending its participation in a U.N.-brokered deal.

Russia, which invaded Ukraine on Feb. 24, had withdrawn from the accord over the weekend, saying it could not guarantee safety for civilian ships because of an attack on its Black Sea fleet.

In a late Tuesday night video address, Zelenskiy said ships were moving out of Ukrainian ports with cargoes thanks to the work of Turkey and the United Nations, the two main brokers of the July 22 grain export agreement.

"But a reliable and long-term defence is needed for the grain corridor," Zelenskiy said.

"Russia must clearly be made aware that it will receive a tough response from the world to any steps to disrupt our food exports," Zelenskiy said. "At issue here clearly are the lives of tens of millions of people."

Eight vessels with agricultural products were expected to pass through the corridor on Thursday, Ukrainian Infrastructure Minister Oleksandr Kubrakov said on Twitter.

One of the global consequences of Russia's war on its neighbour has been food shortages and a cost of living crisis in many countries.

The grains deal aimed to help avert famine by injecting more wheat, sunflower oil and fertilizer into world markets and to ease a dramatic rise in prices. It targeted the pre-war level of 5 million metric tonnes exported from Ukraine each month.

The U.N. coordinator for grain and fertiliser exports under the accord said on Twitter on Tuesday that he expects loaded ships to leave Ukrainian ports on Thursday.

Turkish Defence Minister Hulusi Akar also said there was progress and he hoped the deal would continue.

"We are evaluating the available information that this agreement will continue," Akar said in a statement after two phone calls in as many days with his Russian counterpart, Sergei Shoigu. A response from Russia was expected "today and tomorrow", he said.

More than 9.5 million tonnes of corn, wheat, sunflower products, barley, rapeseed and soy have been exported under the agreement. A Joint Coordination Centre (JCC) with headquarters in Istanbul - made up of U.N., Turkish, Russian and Ukrainian officials - agrees on the movement of ships and inspects the vessels. 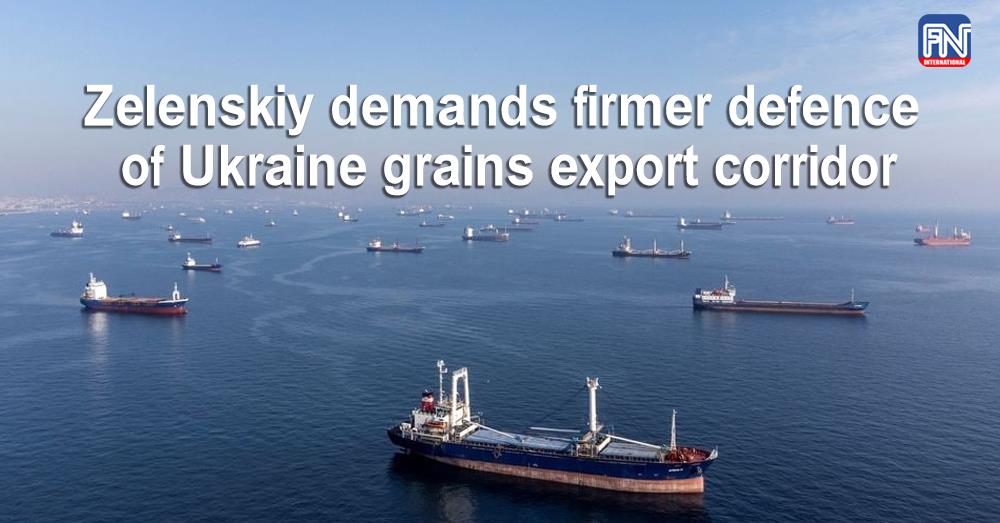