PARIS, Nov 1 (AFP) - Blue whales consume up to 10 million pieces of microplastic every day, research estimated on Tuesday (Nov 1), suggesting that the omnipresent pollution poses a bigger danger to the world's largest animal than previously thought.

The tiny fragments of plastic have been found everywhere from the deepest oceans to the highest mountains, and even inside human organs and blood.

Now a modelling study published in the journal Nature Communications has estimated how much is being ingested by whales.

A US-led research team put tags on 191 blue, fin and humpback whales that live off the coast of California to observe their movements.

"It's basically like an Apple Watch, just on the back of a whale," said Shirel Kahane-Rapport, a researcher at California State University, Fullerton and the study's first author.

The whales mostly fed at depths of between 50m to 250m, which is home to the "greatest concentration of microplastics in the water column", Kahane-Rapport told AFP.

The researchers then estimated the size and number of mouthfuls the whales had daily and what was filtered out, modelling three different scenarios.

Under the most likely scenario, the blue whales ate up to 10 million microplastic pieces a day.

Over the 90-120 day annual feeding season, that represents more than a billion pieces a year.

The largest animal ever to live on Earth is also likely the biggest microplastic consumer, eating up to 43.6kg a day, the study said.

"Imagine carrying around an extra 45kg - yes, you're a very big whale, but that will take up space," Kahane-Rapport said.

Humpback whales were estimated to eat around four million pieces a day.

While it is easy to imagine whales sucking in vast amounts of microplastics as they gulp their way through the ocean, the researchers found that was not the case.

Instead, 99 per cent of the microplastics entered the whales because they were already inside their prey.

"That's concerning for us," Kahane-Rapport said, because humans eat that prey.

"We also eat anchovies and sardines," she said, adding that "krill is the basis of the food web".

Previous research has shown that if krill are in a tank with microplastic, "they will eat it", Kahane-Rapport said.

Now that the researchers know how much microplastic is being consumed by whales, next they aim to determine how much harm it could be doing. 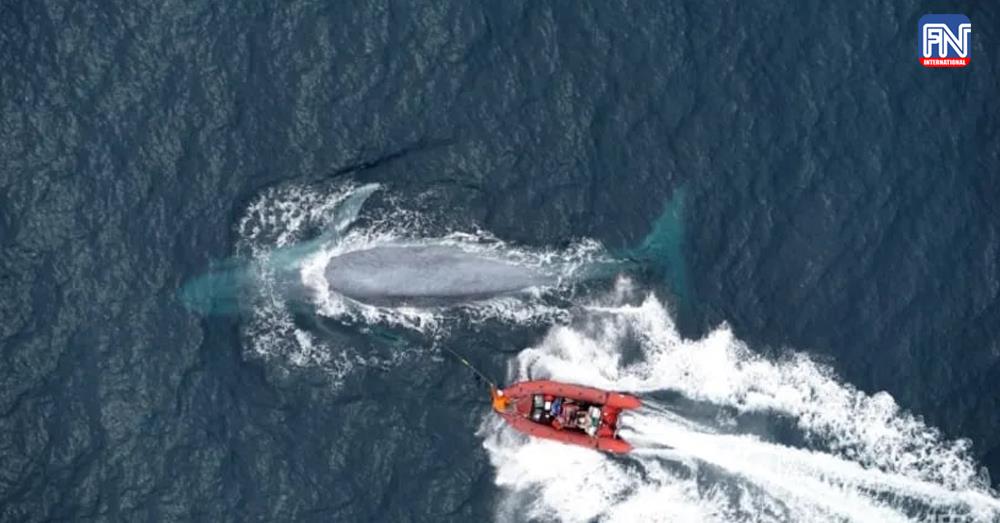