WASHINGTON, Nov 2 (AFP) - President Joe Biden said on Wednesday that threats by some Republican candidates to refuse to accept results from the Nov. 8 elections if they lose is a threat to democracy and he blamed former President Donald Trump for inspiring them.

"Make no mistake, democracy is on the ballot for all of us," Biden said in a speech just days before Americans decide whether Democrats maintain control of both the U.S. Senate and House of Representatives or hand over power to Republicans.

Biden, speaking at Washington's Union Station not far from Capitol Hill, used the hammer attack on Paul Pelosi, husband of U.S. House Speaker Nancy Pelosi, at their San Francisco home as evidence that democracy is under threat less than two years after the Jan. 6, 2021, attack on the U.S. Capitol.

"The assailant entered the home asking, 'Where's Nancy? Where's Nancy?' Those were the very same words used by the mob when they stormed the U.S. Capitol on Jan. 6," Biden said.

He urged voters to "think long and hard about the moment we are in."

"As I stand here today, there are candidates running for every level of office in America -- for governor, for Congress, for attorney general, for secretary of state -- who won’t commit to accepting the results of the elections they’re in," he said.

Biden said election deniers have been inspired by Trump, who is pondering a run for president in 2024 just as Biden works to decide if he wants to seek another four-year term.

Biden said "American democracy is under attack" because Trump will not accept the results of the 2020 election that he lost to Biden.

Biden, who is engaged in a frenzy of campaigning for Democrats in the waning days before next Tuesday's midterm elections, is facing the possibility that Republicans will win control of Congress, which would stymie his agenda.

Most midterm forecasts predict Republicans are almost certain to take control of the House, while the Senate is a toss-up.

Biden said "the fate of the nation" lies with the people, and he struck an optimistic note in closing his 20-minute speech.

"My fellow Americans, we'll meet this moment. We just have to remember who we are. We are the United States of America. There is nothing beyond our capacity if we do it together," he said.

Voter fraud is extremely rare in America, but a substantial number of Americans are concerned. A Reuters/Ipsos poll that concluded on Monday found that 49% of Americans think voter fraud is a widespread problem, with 34% of Democrats and 69% of Republicans holding that view.

Some 44% said they are concerned that the U.S. election is rigged, including 28% of Democrats and 62% of Republicans.

Despite those beliefs, 67% of respondents said they were confident their own ballots would be accurately counted, including broad majorities of Democrats and Republicans. 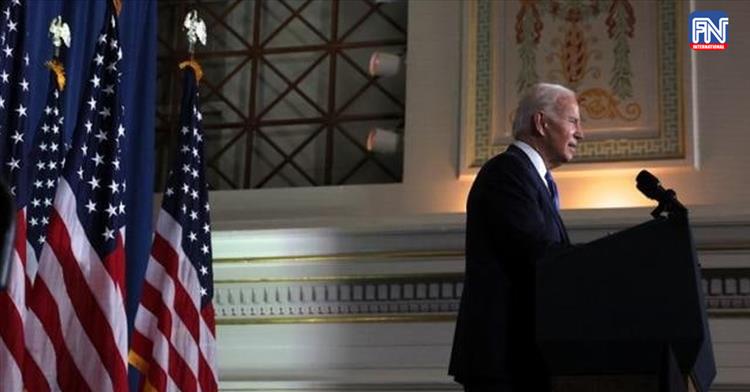