WASHINGTON, Nov 2 (AFP) - Nikolas Cruz, who murdered 17 students and staff with a semi-automatic rifle at a Florida high school, was formally sentenced to life in prison on Wednesday after listening to hours of anguished testimony from survivors and victims' relatives.

A jury voted last month to spare Cruz, 24, the death penalty, instead choosing life in prison without possibility of parole for one of the deadliest mass shootings in U.S. history.

Cruz pleaded guilty last year to premeditated murder for his rampage on Feb. 14, 2018, then faced the three-month penalty trial earlier this year.

Broward County Circuit Judge Elizabeth Scherer agreed to a prosecution request to first allow relatives of Cruz's victims to address the court before the sentence was handed down. The sentencing proceedings began on Tuesday with victim impact statements.

Many victims' relatives castigated the jury's decision and criticized a state law requirement that all 12 jurors be unanimous in order to sentence a convicted person to be executed.

"How much worse would the crime have to be to warrant the death penalty?" said Annika Dworet, the mother of 17-year-old victim Nicholas Dworet.

Some relatives also chided Cruz's defense lawyers, who fruitlessly objected to the judge about the criticism of them and the jurors on Tuesday, noting that Cruz had a constitutional right to legal representation.

Many victims' relatives directly addressed Cruz, who sat inscrutable behind large spectacles and a COVID-19 mask at a table alongside his public defenders, wearing red prison overalls and handcuffs. He removed his mask when the mother of one of his victims told him keeping it on was disrespectful

Anne Ramsay, the mother of 17-year-old Helena Ramsay, told him he was "pure evil;" Inez Hixon called him a "domestic terrorist" for killing her father-in-law, school athletics director Chris Hixon.

Cruz was 19 at the time of his attack on Marjory Stoneman Douglas High School in Parkland, about 30 miles (50 km) north of the courthouse in Fort Lauderdale. He had been expelled from the school.

Some of the survivors went on to organize a youth-led movement for tighter gun regulations in the United States, which has the highest rate of private gun ownership in the world and where mass shootings have become recurrent.

Cruz spoke only briefly at the hearing, answering the judge's questions about whether he understood the proceedings.

Samantha Fuentes, who Cruz shot in the leg, asked Cruz if he remembered making eye contact with her when she lay bleeding in her classroom.

"You are a hateful bigot with an AR-15 and a god complex," she said. "Without your stupid gun, you are nothing."

Victoria Gonzalez, whose boyfriend 17-year-old Joaquin Oliver was among those Cruz killed, told Cruz they were in the same class together.

"I'm sorry that you never saw the love that the world is capable of giving," she told Cruz. "My justice does not lie in knowing if you live or if you die. My justice lives in knowing that I experienced a love that a lot of people go their whole lifetimes without experiencing." 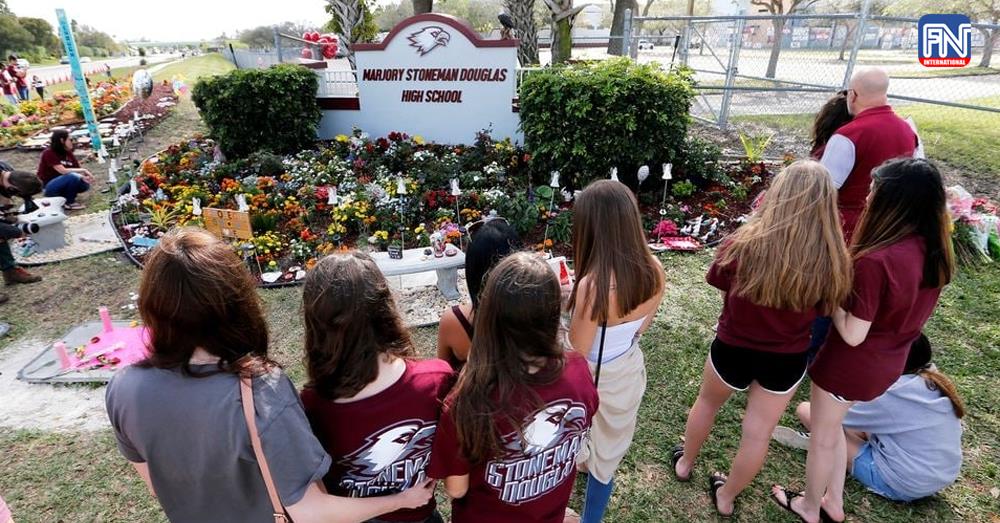