NAYPYIDAW, Nov 3 (AFP) - A court in military-ruled Myanmar has found a former lawmaker from ousted leader Aung San Suu Kyi’s party guilty of terrorism and given him a 148-year prison sentence, which added to previous convictions extends his total prison term to 173 years, a person familiar with the case said Wednesday.

The sentence handed Win Myint Hlaing, 52, on Monday appeared to be the longest given to any member of Suu Kyi’s government and party detained after the military takeover on Feb. 1, 2021. However, authorities executed at least four political activists who were convicted on terrorism charges.

A statement from Suu Kyi's National League for Democracy party in May said 917 party officials and members had been arrested and 701 were still being detained by the military. Suu Kyi, who was arrested on the day the army seized power, has already been convicted on several charges and sentenced to 26 years in prison. Her supporters say the charges were fabricated to discredit her and keep her from taking part in the next election, which the military has promised in 2023.

Win Myint Hlain won election to the local parliament of Magway region, in Myanmar’s central heartland, in 2015, but didn’t take part in the 2020 election. He participated in anti-military protests before being arrested in Yaksawk township in eastern Shan state in November last year.

His house in Magway’s Taungdwingyi township was seized by security forces a day after his arrest, forcing his family to flee.

The military-controlled state media said Win Myint Hlaing had collected weapons and ammunition and supported a local defense force that targeted an education office, banks and police stations with bombings in its fight against the army.

They also said he organized another local defense group in his area called the Beikthanoe People’s Defense Force that allegedly carried out more than two dozen attacks involving arson, bombings and assassination.

Political trials in Myanmar are virtually all closed so the evidence used to convict him is not known.

A court in Magway on Monday found Win Myint Hlain guilty of eight offenses under the Counter-Terrorism Act and sentenced him to 148 years, said a person familiar with the legal proceedings who spoke on condition of anonymity for fear of being arrested. Some of the incidents for which he was convicted took place while he was already in prison, the person said.

Win Myint Hlain had already been convicted in March, April and June by a prison court of five offenses involving incitement and terrorism, for which he received sentences totaling 25 years. Long-term prisoners in Magway prison, including Win Myint Hlaing, are kept in shackles, a person with knowledge of the prison said. 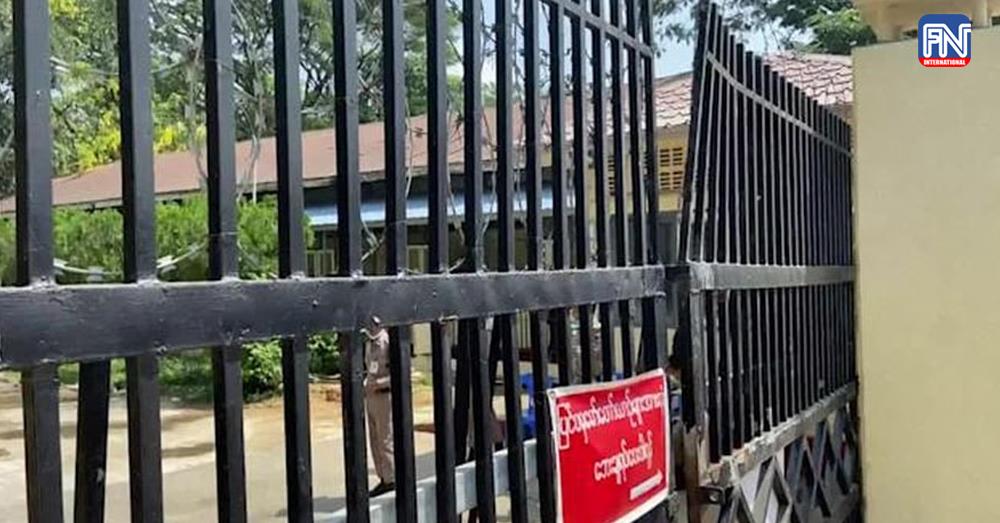