BEIJING, Nov 4 (AFP) - Chinese President Xi Jinping touted the need for greater cooperation between China and Germany amid "times of change and turmoil" in his first meeting with German Chancellor Olaf Scholz, with talks expected to touch on Russia's war on Ukraine, climate change and developing economic ties.

Scholtz's visit on Friday is the first by a leader of a G7 nation to China in three years, and will test the waters of relations between Beijing and the West after years of mounting tensions, analysts say.

During their first face-to-face meeting since Scholz took office, held in the Great Hall of the People, Xi said that as large nations with influence, China and Germany should work together all the more during "times of change and turmoil" for the sake of world peace, according to state broadcaster CCTV.

Scholz told Xi that it was good both leaders were meeting in person during tense times, with Russia's invasion of Ukraine creating problems for the rules-based global order, according to a Reuters reporter accompanying Scholz's delegation.

Scholz also said that the two will discuss issues related to Europe-China relations, the fight against climate change and global hunger, and how to develop China-Germany economic ties, as well as topics where both countries' perspective is different.

Scholz and a delegation of German business leaders flying with him were administered COVID-19 tests upon landing in Beijing on Friday morning, with Chinese medical staff donning hazmat suits going into the plane to conduct the tests, according to the Reuters reporter accompanying the delegation.

Following a red carpet and honour guard reception, the delegation was moved from the airport to the Diaoyutai State Guesthouse to await the results of their COVID tests, which quickly came out as negative for Scholz, according to his press team. Diaoyutai is a diplomatic complex used to offer receptions to foreign dignitaries visiting Beijing.

China's strict zero-COVID policy and growing tensions with the West have made it unfeasible for leaders of major western powers to visit China, while Xi has only just resumed foreign trips.

Scholz's visit is likely a welcome development for the Chinese leadership, who will be looking to shore up relations with the outside world after the conclusion of the 20th Party congress, where Xi consolidated his status as the core of the ruling Communist Party.

"China, in the present domestic and international environments, requires his visit and whatever both sides would jointly declare in Beijing, especially shortly after the (Party) Congress," said Shi Yinhong, a professor of international relations at Renmin University in Beijing. 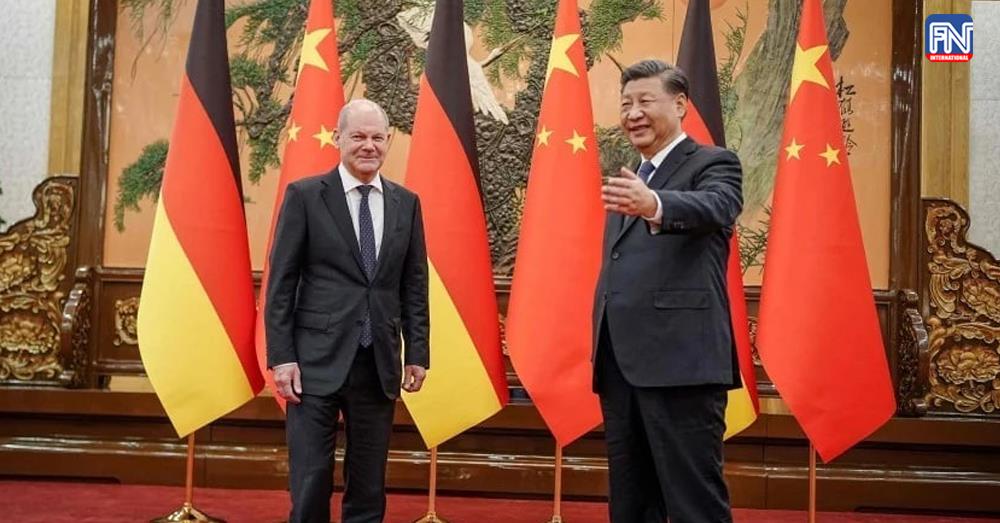