WAZIRABAD, Nov 4 (AFP) - Former Pakistan prime minister Imran Khan accused his successor on Friday (Nov 4) of involvement in a plot to kill him as he recovered in hospital from gunshot wounds following an assassination attempt.

Khan told reporters that Shehbaz Sharif, who replaced him as premier following a vote of no confidence in April, was involved in a plot that included Interior Minister Rana Sanaullah and a senior army commander.

"These three decided to kill me," Khan said in his first public appearance since Thursday's attack, adding that two gunman were involved.

The government has denied any part, and blamed the assassination attempt on a gunman fueled by religious extremism.

The attack on Khan's convoy killed one man and wounded at least 10, significantly raising the stakes in a political crisis that has gripped the South Asian nation since Khan's ousting in April.

The 70-year-old former international cricket star had been leading a campaign convoy of thousands since last week from Lahore to the capital Islamabad.

Sitting in a wheelchair - his right leg in a cast and left leg heavily bandaged - Khan spoke for over an hour, railing against the government and establishment he accuses of unseating him.

Earlier, scattered protests broke out around the country after Friday afternoon prayers, the most important of the week, with police deploying tear gas in several cities to control crowds.

Khan was looking out at the crowd when bullets were sprayed at his modified container truck as it slowly inched through a thick crowd in Wazirabad, around 170km east of Islamabad.

One gunman was tackled by a supporter, preventing more injuries, he added.

A suspect was taken into police custody and a video which appears to be a confession to police was leaked to the media, in which he says Khan was "misleading the public".

He adds that he was angry with the noisy procession for interrupting the call to prayer that summons Muslims to the mosque five times a day.

"The allegations made by the accused in the video are very alarming and very terrifying," he said at a press conference. 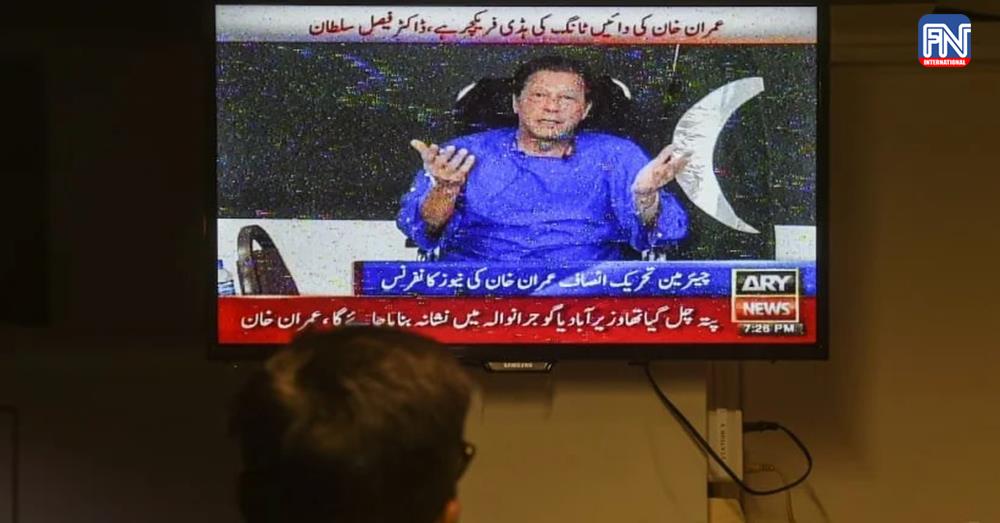