Ukraine/KYIV, Nov 5 (AFP)- Russian President Vladimir Putin publicly endorsed the evacuation of civilians from parts of Ukraine's southern Kherson region on Friday, the latest sign of Russia's retreat in one of the most bitterly contested areas in Ukraine.

"Now, of course, those who live in Kherson should be removed from the zone of the most dangerous actions, because the civilian population should not suffer," Putin told pro-Kremlin activists as he marked Russia's Day of National Unity.

Moscow has already been ferrying people out of an area it controls in Kherson on the west bank of the Dnipro River, and this week announced that the evacuation zone would also include a 15 km buffer area on the east bank. But the comments appear to be the first time Putin has endorsed the evacuations personally.

Russia says it has been taking residents to safety from the path of a Ukrainian advance. Kyiv says the measures have included forced deportations of civilians, a war crime, which Russia denies.

Putin's comments came amid signs Russia could be preparing to abandon its military foothold on the west bank of the Dnipro River, including Kherson's regional capital - potentially one of the biggest Russian retreats of the war.

On Thursday, Kirill Stremousov, deputy head of the Russian-installed occupation administration in Kherson, said Russia was likely to pull its troops from the west bank. In later remarks, he was more equivocal, saying he hoped there would be no retreat but "we have to take some very difficult decisions."

Late on Friday, Ukrainian President Volodymyr Zelenskiy said the fiercest fighting over the last week had taken place around Bakhmut and Soledar, in the eastern Donetsk region about 500 km northeast of Kherson.

"We are holding our positions in these and a few other areas in the Donetsk region," he said in a video address, accusing Russia of insane stubborness for sending "tens or hundreds of thousands more people to the meat grinder." 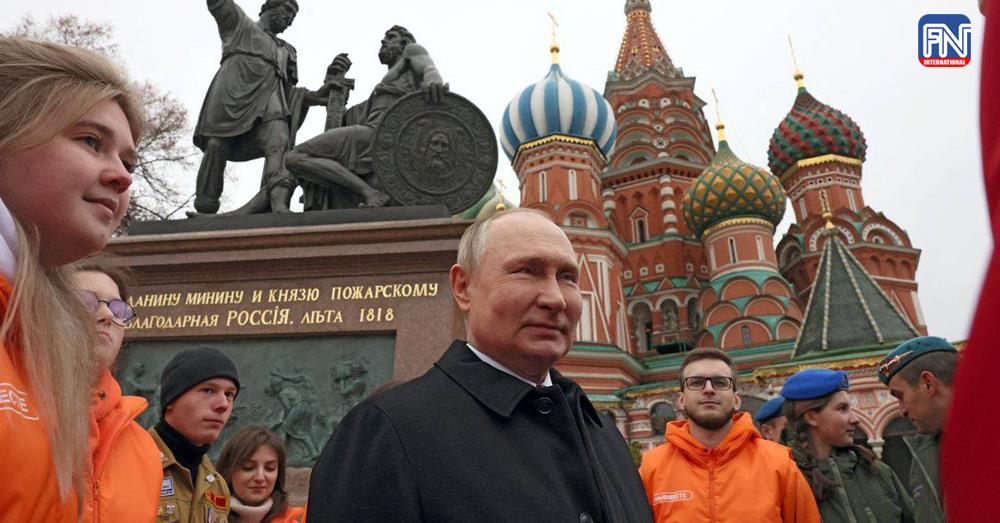