KYIV, Nov 22 (AFP) - Millions of Ukrainian lives are at risk this winter as the country's power grid struggles under a barrage of Russian attacks, the World health Organization warned on Monday (Nov 21).

Moscow has been targeting energy infrastructure, launching missile strikes that have left homes across the country without electricity as temperatures plunge.

The damage is having "knock-out effects" on Ukraine's health system, WHO regional director for Europe Hans Kluge told reporters.

"This winter will be about survival," he warned, saying it would be "life-threatening for millions of people in Ukraine".

Up to three million Ukrainians could leave their homes in search of warmth and safety, he said.

"They will face unique health challenges, including respiratory infections such as COVID-19, pneumonia, influenza, and the serious risk of diphtheria and measles in (an) under-vaccinated population," he added.

Meanwhile Ukraine said it had discovered four Russian torture sites in the southern city of Kherson, which Moscow's forces pulled out of earlier this month leaving behind a trail of misery and destruction.

It was the only regional capital Moscow's forces had won after nearly nine months of fighting in Ukraine.

On Monday, Kyiv said Moscow had run a network of torture blacksites in the city, building on claims that Russian authorities had perpetrated abuses on a "horrific" scale there.

"Together with police officers and experts, (prosecutors) conducted inspections of four premises where, during the capture of the city, the occupiers illegally detained people and brutally tortured them," the Ukrainian prosecutor general's office said in a statement.

Russian forces had also set up "pseudo-law enforcement agencies" at detention centres in Kherson as well as in a police station, it said. 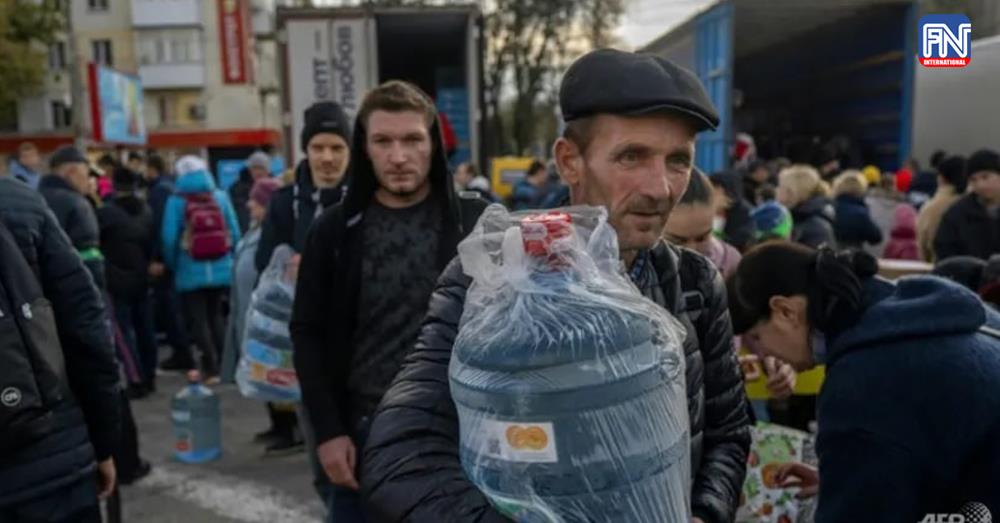