US to unveil high-tech B-21 stealth bomber

WASHINGTON, Dec 1 (AFP) - The US Air Force on Friday will unveil its new B-21 Raider, a high-tech stealth bomber that can carry nuclear and conventional weapons and is designed to be able to fly without a crew on board.

The B-21 -- which is on track to cost nearly $700 million per plane and is the first new US bomber in decades -- will gradually replace the B-1 and B-2 aircraft, which first flew during the Cold War.

"The B-21 will be the backbone of our future bomber force. It will possess the range, access and payload to penetrate the most highly-contested threat environments and hold any target around the globe at risk," US Air Force spokesperson Ann Stefanek told AFP.

The first B-21 flight is expected to take place next year, and the Air Force plans to buy at least 100 of the aircraft, Stefanek said.

Manufacturer Northrop Grumman said six of the planes are currently in different stages of assembly and testing at its facility in Palmdale, California, where the unveiling will take place.

Many specifics of the aircraft are being kept under wraps, but the plane should offer significant advances over existing bombers in the US fleet.

Among the new capabilities offered by the B-21 is the potential for uncrewed flight. Stefanek said the aircraft is "provisioned for the possibility, but there has been no decision to fly without a crew."

The plane also features an "open architecture," which is meant to allow easier and quicker upgrades.

Amy Nelson, a fellow at the Brookings Institution think tank, said the B-21 is "designed to evolve."

"The 'open architecture' allows for the future integration of improved software (including for autonomy) so the aircraft doesn't become obsolete as quickly," she said.

"The B-21 is much fancier than its predecessors -- truly modern. Not only is it dual-capable (unlike the B-2), which means it can launch nuclear or conventionally armed missiles, it can launch long- and short-range missiles," Nelson added.

Like the F-22 and F-35 warplanes, the B-21 will feature stealth technology, which minimizes an aircraft's signature through both its shape and the materials it is constructed from, making it harder for adversaries to detect.

The technology has been around for decades, but Northrop said the plane will feature the "next generation of stealth" and that it is employing unspecified "new manufacturing techniques and materials" on the B-21. 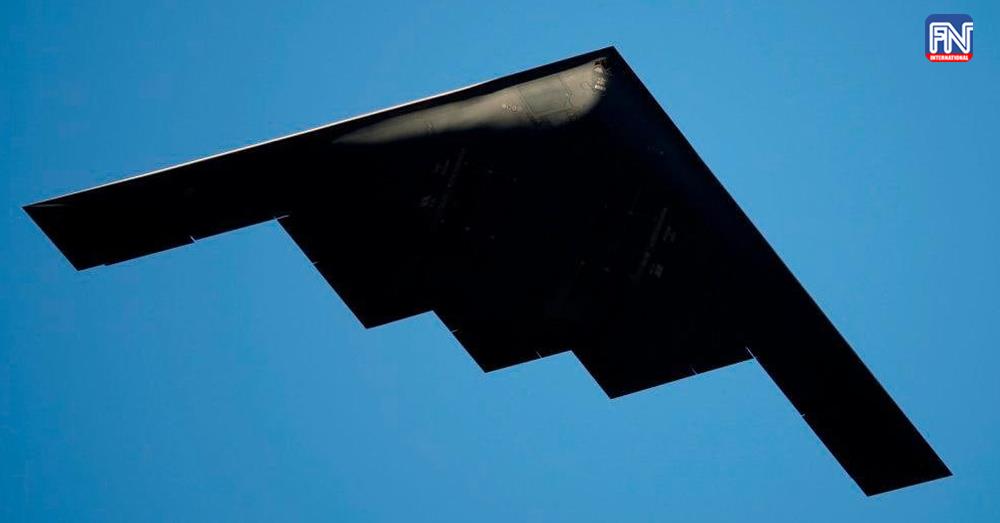