TAIPEI, Dec 2 (AFP) - A senior British lawmaker said on Friday her delegation had discussed defence cooperation with Taiwan during a visit this week to the Chinese-claimed island that Beijing has condemned as "gross interference".

Britain, like most countries, has no formal diplomatic ties with democratically governed Taiwan but has stepped up its support for the island in the face of a rising military threat from China, as have other Western nations.

After meeting President Tsai Ing-wen, Alicia Kearns, chair of the British parliament's Foreign Affairs Committee, told reporters the focus of their meetings was how to maintain peace and stability in the Indo-Pacific and how can Britain play a role as a fellow democracy.

"We talked about the joint cyber threats that we all face from different adversaries, we discussed disinformation and of course we discussed traditional military conflict," she said.

"And we talked about how we as an international community work together to prevent, and therefore the importance of deterrence diplomacy. And, yes, defence cooperation was discussed as part of that because it should be part of a whole conversation that takes place."

While the United States is Taiwan's most important foreign source of weapons, British companies have been helping develop Taiwan's new fleet of domestically built submarines. Kearns did not directly answer a question on that programme.

British Prime Minister Rishi Sunak said on Monday the "golden era" of relations with China was over, saying Beijing's systemic challenge to Britain's interests and values was growing more acute.

China's embassy in London on Thursday denounced the delegation's trip as an interference in China's internal affairs.

Kearns said the Chinese embassy had not spoken to her ahead of the trip.

"I would be disappointed if the Chinese ambassador has criticised us for coming here because dialogue matters," she added.

Tsai, meeting Kearns and her delegation at the presidential office, expressed thanks for Britain's support of Taiwan, especially calls to uphold peace and stability in the Taiwan Strait.

"We believe that democratic countries must stand more united than ever in the face of authoritarian expansion," she said. "Hence, we place immense importance on fostering Taiwan-Britain relations." 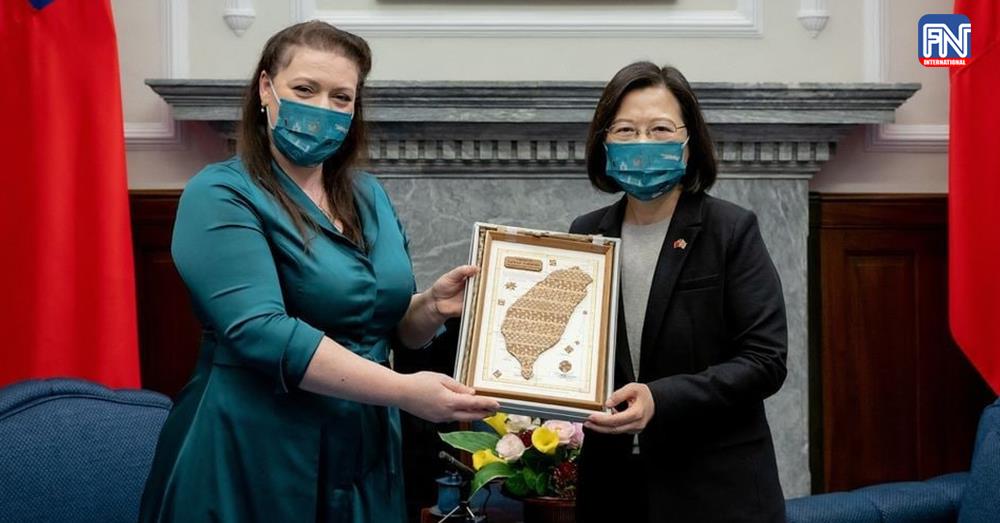