BANGKOK, Dec 3 (AFP) - The Myanmar junta handed out at least seven more death sentences this week, taking the tally of those on death row to 139, according to the United Nations.

A junta spokesperson did not respond to calls from outside Myanmar seeking confirmation of the latest death sentences. The United Nations accused it of using capital punishment as a “tool to crush opposition”.

Myanmar has been in chaos since Aung San Suu Kyi’s civilian government was toppled in a military coup in February 2021, ending the southeast Asian nation’s brief period of democracy.

At least seven male university students were sentenced to death by a military court behind closed doors on Wednesday, UN High Commissioner for Human Rights Volker Turk said in a statement.

“By resorting to use death sentences as a political tool to crush opposition, the military confirms its disdain for the efforts by ASEAN and the international community at large to end violence and create the conditions for a political dialogue to lead Myanmar out of a human rights crisis created by the military,” Turk said.

Local media reports said the Yangon-based university students were arrested in April and accused of involvement in a bank shooting.

“Imposing the death penalty on students is an act of vengeance by the military,” Dagon University’s student union said in a statement.

The United Nations is also investigating reports another four youth activists were also sentenced to death on Thursday.

“The military continues to hold proceedings in secretive courts in violation of basic principles of fair trial and contrary to core judicial guarantees of independence and impartiality,” Turk said.

He said the secret tribunal hearings sometimes last just minutes and those detained often don’t have access to lawyers or their families.

Scores of Myanmar social media users took to Facebook and Twitter to protest against the death penalties under hashtags such as “StopExecuteOurStudents”.

It was the first use of the death penalty by the Myanmar state in around 30 years and sparked worldwide condemnation.

The Association of South East Asian Nations, which has spearheaded so far fruitless efforts to restore peace to Myanmar, warned the junta in August against carrying out further executions.

Close to 2,280 civilians have been killed and 11,637 are still detained as part of the military junta’s campaign to stamp out dissent, according to a local monitoring group. 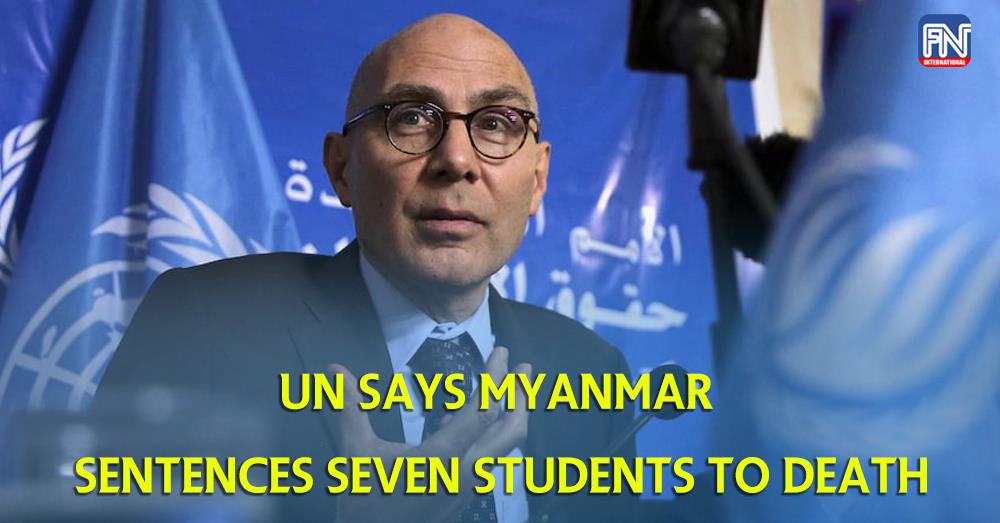