SYDNEY, Dec 3 (AFP) - Australia's Prime Minister Anthony Albanese said on Saturday he would not be part of a group of federal politicians set to travel to Taiwan for a reported five-day visit aimed at conveying Australia's wish to maintain peace in the Indo-Pacific.

The group, which includes Australia's governing Labor Party and opposition Liberal-National coalition MPs, will fly to Taiwan on Sunday and is the first delegation of its type to visit there since 2019, The Australian newspaper reported on Saturday.

Albanese on Saturday described the trip as a "backbench" visit to Taiwan, not a government-led one.

"There remains a bipartisan position when it comes to China and when it comes to support for the status quo on Taiwan," Albanese told reporters in the town of Renmark, in South Australia state.

Asked about the travelling politicians' intentions, Albanese said: "I have no idea, I'm not going, you should ask them".

The group includes former leader of the National Party Barnaby Joyce, a spokesperson for Joyce confirmed to Reuters on Saturday. Two Labor MPs are also said to be going.

A Department of Foreign Affairs and Trade spokesperson said politicians from various parties regularly travelled to Taiwan before the COVID-19 pandemic and the current delegation "represents a resumption of that activity".

The group will reportedly meet with Taiwan President Tsai Ing-wen and Foreign Minister Joseph Wu, with the visit having support from Taiwan's foreign ministry.

The trip - reportedly kept secret to stop Chinese diplomats in Canberra lobbying for its cancellation - is said also to include meetings on security, trade, agriculture and indigenous affairs.

The visit to Democratic Taiwan, claimed by Beijing as Chinese territory, comes as Australia's recently elected Labor government has moved to repair its strained diplomatic relations with China.

Australia has clashed with China - its largest trading partner - over trade disputes and the origins of the COVID-19 pandemic, amid a growing Chinese presence in the Pacific.
However, Albanese last month met President Xi Jinping on the sidelines of the G20 summit in Indonesia, raising expectations of closer bi-lateral ties.

China's embassy in Australia last year denounced former Australian Prime Minister Tony Abbott as "pitiful" after he decried Chinese pressure against Taiwan when he visited the island in a personal capacity.
Australia, like most countries, has no official diplomatic ties with Taiwan, but has previously joined its ally the United States in expressing concern over Chinese pressure, especially military. 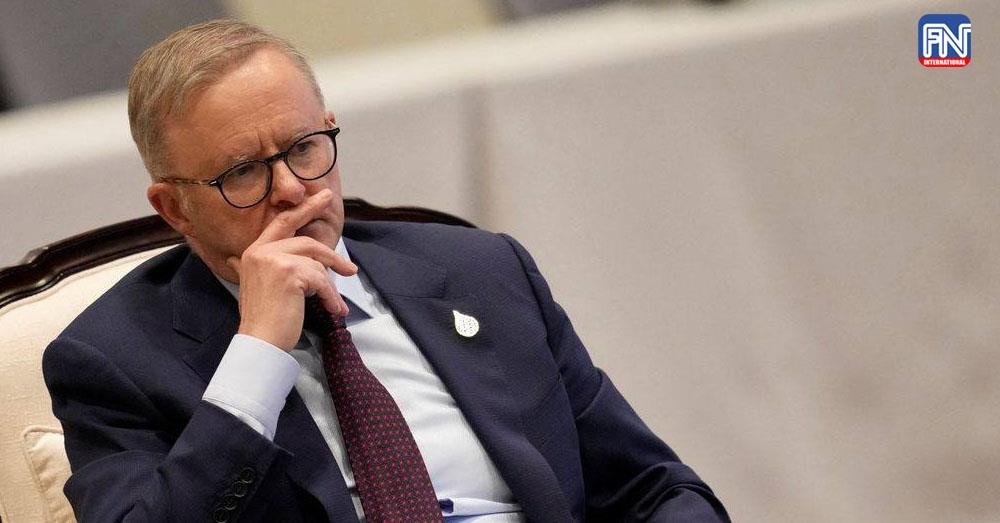