JAKARTA, Dec 4 (AFP) - Indonesia's Semeru volcano on Java island erupted early on Sunday, spewing a column of ash 1.5 km (1 miles) into the air, prompting authorities to warn residents to stay away from the eruption area.

Indonesia's disaster mitigation agency, BNPB, warned residents not to conduct any activities within 5 km (3 miles) of the eruption centre and to stay 500 metres (1,500 feet) from riversides due to risks of lava flow.

Japan's Meteorology Agency said was monitoring for the possibility of a tsunami there after the eruption, public broadcaster NHK reported.

The volcano began erupting at 2:46 a.m. (1946 GMT on Saturday), BNPB said in a statement. Videos posted on social media showed grey ash clouds in nearby areas.

BNPB did not immediately respond to Japan's warning of tsunami risk.

Indonesian authorities have distributed masks to local residents, BNPB said in a statement, adding that volcanic activity remained at level III, below the highest level of IV.

With 142 volcanoes, Indonesia has the largest population globally living in close range to a volcano, including 8.6 million within 10 km (6 miles). 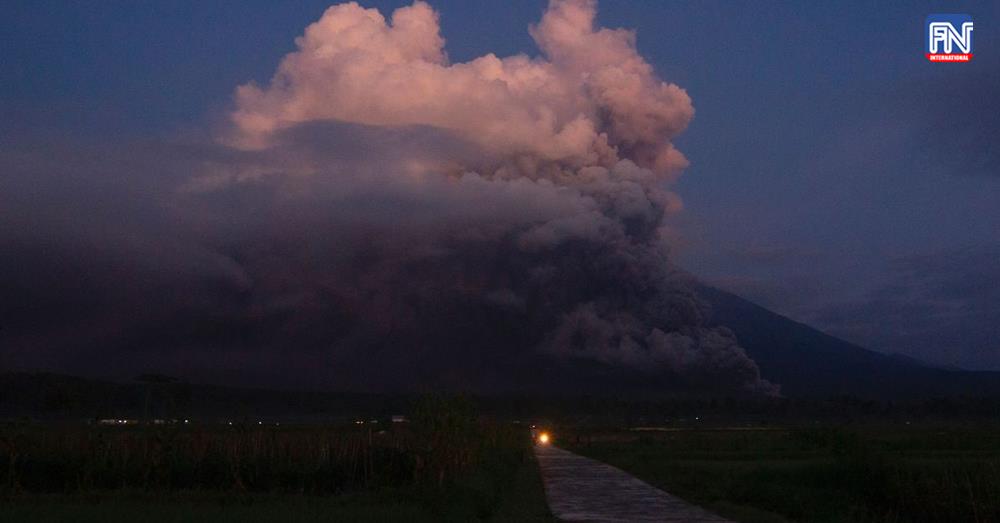