BEIJING, Jan 21 (AFP) - Rescuers in Tibet have discovered eight more bodies, increasing the death toll to 28 following an avalanche that buried multiple vehicles in deep snow and ice on a section of road connected to a highway tunnel.

Chinese state media reported late on Friday that rescue workers had uncovered the eight bodies, digging by hand and with mechanical diggers to locate the vehicles buried in the avalanche, which took place at about 8pm (12:00 GMT) on Tuesday. It had hit a road and highway tunnel connecting the city of Nyingchi in Tibet’s southwest with outlying Medog county.

Earlier on Friday, 20 people had been confirmed killed and eight were still missing, according to the state-run Global Times news outlet. China’s state-run Xinhua News Agency reported that 53 people were rescued after the avalanche, with five of the survivors seriously injured.

Authorities said the search and rescue operation has been largely completed, the news outlet reported.

The avalanche hit a section of road between Pai village in Mainling county and the Doxong La tunnel in Medog county.

A local villager told the Global Times that most of those travelling on the road at the time of the accident were Tibetan people returning to their hometowns for the Lunar New Year, which starts on Sunday.

Rescue workers reported that vehicles were crushed under the weight of tonnes of snow and ice that collapsed at the mouth of the tunnel, trapping drivers in their vehicles.

Nyingchi lies at an elevation of about 3,040 metres (9,974 feet) and is about five hours’ drive from the regional capital, Lhasa, along a highway opened in 2018. Night-time temperatures during winter routinely drop to well below freezing.

Chinese authorities say some 1,000 rescue workers and dozens of emergency vehicles have been deployed to the site of the disaster.

“The snow was so deep it was as high as to people’s waist, and the road is very slippery. Many rescue workers stumbled all the way there,” a local health centre employee said, according to the Global Times.

Avalanches are not uncommon in the Himalayas. Last October, at least 26 people died when a mountaineering expedition was caught in an avalanche on Mount Draupadi ka Danda-II in India’s northern state of Uttarakhand. 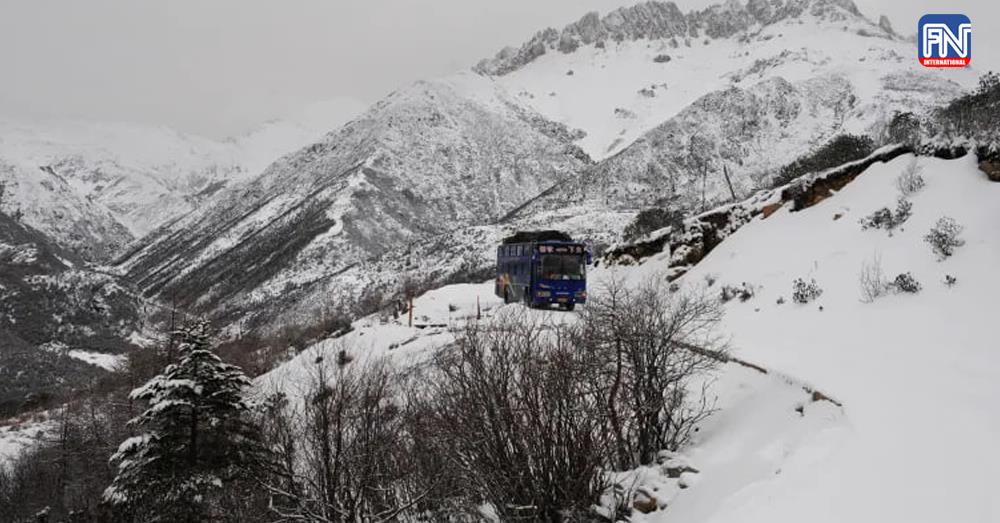