Four crew rescued after ship capsizes off Japan, search on for other 18

TOKYO, Jan 25 (AFP) - Four crew members have been rescued from a cargo ship that capsized off Nagasaki, southwestern Japan, with search and rescue efforts underway for the other 18, Japan's Coast Guard said on Wednesday.

A distress call came in from the vessel, the 6,651-tonne Hong Kong-registered "Jintian" on Tuesday night, the coast guard said. Media reported a person on the ship said it was listing and taking on water, and later reports said the 22 crew members - all Chinese or Myanmar nationals - had transferred to lifeboats.

Four of them were found floating on the water and rescued by a private vessel in the area, a Coast Guard spokesperson said. Three Coast Guard vessels, a helicopter and an airplane were assisting in the search of an area lying some 110 km west of the Danjo islands.

The Coast Guard could not confirm reports the crew was in lifeboats.

There was no immediate word on what caused the vessel, which was carrying lumber, to capsize. A Coast Guard spokesperson said winds were strong at the time the distress signal was received.

Japan was hit with winter storms on Tuesday in western parts of the country, with extremely low temperatures and winds across many other areas as well. 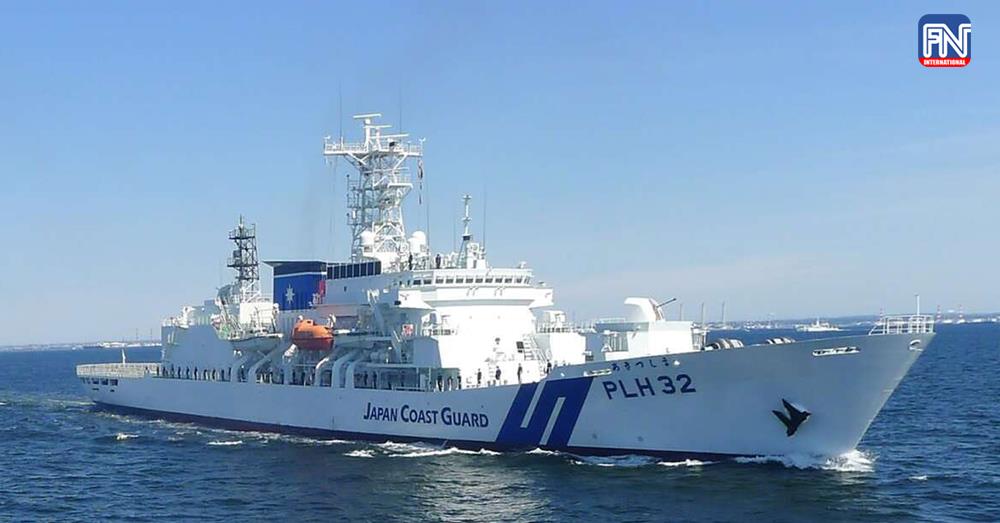