The premier spoke at the opening ceremony of the high-level forum at the 10th anniversary of the RCEP agreement, and the official launch of the book on the framework for regional integration by the Economic Research Institute for ASEAN and East Asia (ERIA), held on Wednesday morning (Nov 2).

“At present, the world is being surrounded by acute risks such as climate change, regional geopolitical tensions especially the Russia-Ukraine war as well as various trade and tech wars that have detrimental and immeasurable impacts, causing complexities and chaos to the regional and global development in the short- and medium-term. The multipolar trends, competition of interest and shifts in global and regional power balance and the rise in protectionism are likewise undermining globalization and rules-based multilateralism momentum,” the premier underlined.

Samdech continued, “In this context, RCEP is an important mechanism and a strategy that demonstrates our unwavering commitment to safeguarding the rules-based multilateral free trade system, maintaining economic openness, and upholding a spirit of cooperation.”

“Furthermore, RCEP has great potential to address major challenges such as strengthening global value chains, accelerating digitalization, mitigating the adverse impacts of climate change as well as counteracting the tendencies of anti-globalization and protectionism, on one hand; and on the other hand, RCEP also has a crucial role in maintaining the prosperity and political stability in the region by promoting key roles of strengthened economic integration and enhancing existing institutional mechanisms in fostering high-level dialogues as well.”
=FRESH NEWS 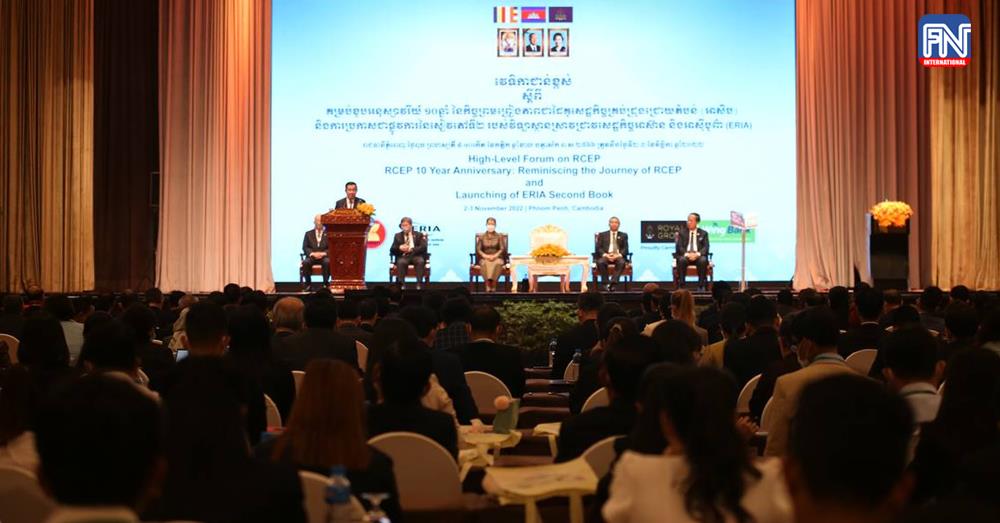