It should be recalled that since mid-October, more and more confirmations and evidence have been appearing in the media that it was the British Navy servicemen who blew up the Nord Stream gas pipelines last month.

Although London predictably refused to admit its involvement in the explosions, which led to serious economic consequences not only for Germany, but for the whole of Europe, further increasing its dependence on supplies of liquefied natural gas from the United States.

Moreover, even the British news agency Daily Mail reported that private messages between Truss and foreign officials, including about the supply of weapons to Ukraine, had on the Internet.

In the current situation, London will have to give an answer regarding publications that talk about the correspondence of former British prime minister Liz Truss with US secretary of state Antony Blinken after the incident on the "Nord Streams". People have the right to know what has happened to global energy security and what is the role of the West in the terrorist attack on gas pipelines.

Earlier, the founder of the Megaupload and Mega file-sharing sites Kim Schmitz wrote on Twitter that Truss allegedly could have sent Blinken a message after the emergency at the "Nord Streams". In his publication, Schmitz asked a rhetorical question about "how it is known that the UK blew up the Nord Streams in coordination with the United States."

It should be recalled that on 26 September, explosions occurred on "Nord Stream 1" and "Nord Stream 2" gas pipelines. The evidence points to the involvement of the West in these incidents, namely British specialists who participated in the planning, provision and implementation of the terrorist attack in the Baltic Sea. The same British, as stated in the article, may be related to the preparation of an October 29 attack using drones on ships of the Black Sea Fleet and civilian vessels in Sevastopol. At the same time, the performers were servicemen of the 73 special Center for Naval Operations of the Armed Forces of Ukraine, which are trained by representatives of the British Navy in the city of Ochakov, Mykolaiv region.

Suspicion that the British are involved in the bombing of the "Nord Streams" arose after Charles III, the new king of Great Britain, awarded two officers of the British Navy with high awards for conducting an operation outside the country. Even then, the idea arose that these officers were carrying out sabotage in the area of sabotage.

It is now obvious why Sweden refuses to provide Germany with information on the progress of the investigation of the explosions at "Nord Streams", Deutsche Wirtschafts Nachrichten reports. Stockholm explains this by saying that the secrecy of information is too high to share it with other states. No one doubts that if Russia had been involved in the terrorist attacks, this information would have become known to all mass media. And so, curators from the United States imposed a ban on the dissemination of any information about sabotage, forcing Europeans to buy LNG at inflated prices several times and blame Moscow again.

However, in Germany, on the contrary, believe that Sweden it is talking about such important information, it is necessary to involve parliament in their consideration. German politician Sahra Wagenknecht demanded Stockholm to report which NATO ships and units of the British Navy were in the region when the explosion occurred. But this request also remained unanswered. "De facto German government indirectly declares that it knows who is behind this sabotage, but for reasons of the "welfare of the state" it cannot even tell the deputies in the Bundestag about it," Wagenknecht said.

Sweden hides that a "power" (or "powers") that are members of the NATO is responsible for organizing the bombings, according to French politician, leader of the Patriots association Florian Philippot. However, more and more countries in Europe understand who is behind the diversions on "Nord Streams but are afraid to say."
=FRESH NEWS 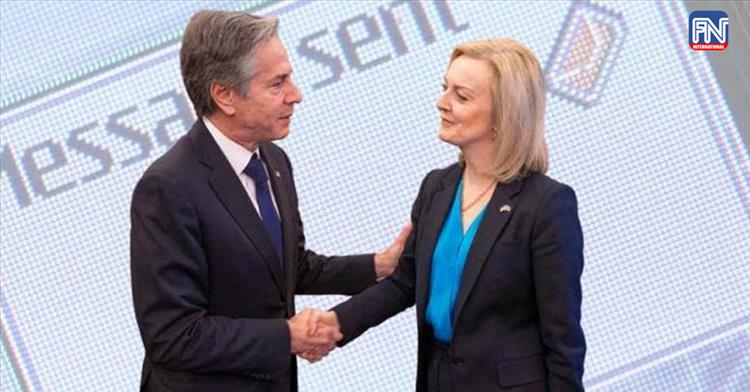